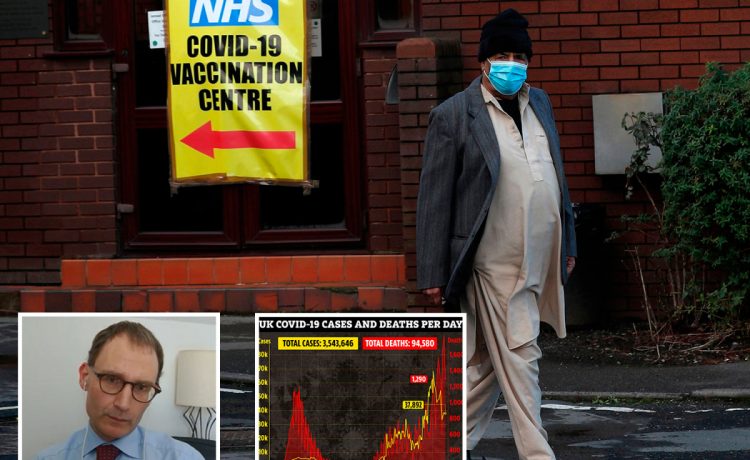 THE new mutant Covid variant is 30 per cent more deadly than the old one, scientists have discovered.

Researchers from the government’s New and Emerging Respiratory Virus Threats Advisory Group (NERVTAG) have concluded that the new strain will likely kill 30 per cent more people than the old one, ITV’s Robert Peston reported today.

The new strain, which was first discovered in Kent, is already more easily transmitted than the older one one too – meaning it is infecting more Brits.

It’s being blamed for the huge increases in cases in the UK in the last month.

Professor Neil Ferguson, who sits on NERVTAG, told Peston today: “It is a realistic possibility that the new UK variant increases the risk of death, but there is considerable remaining uncertainty.

“Four groups – Imperial, LSHTM, PHE and Exeter – have looked at the relationship between people testing positive for the variant vs old strains and the risk of death.

The research was consistent across different age groups, regions and ethnicities, he added.

However, he warned that only eight per cent of deaths contain information about which strain they had had.

READ  Theresa May MUST GO! Huge number of Conservative voters call on PM to QUIT NOW

And he said that Boris Johnson is due to discuss the issue at tonight’s press conference.

The PM is due to address the nation and give an update on the latest pandemic information alongside Sir Patrick Vallance and Chris Whitty.

The government’s New and Emerging Respiratory Virus Threats Advisory Group (or Nervtag) has concluded that the new Covid-19 strain may be a bit more lethal than the existing strain. I’ve spoken to the influential Nervtag member, Prof Neil Ferguson (@neil_ferguson)…