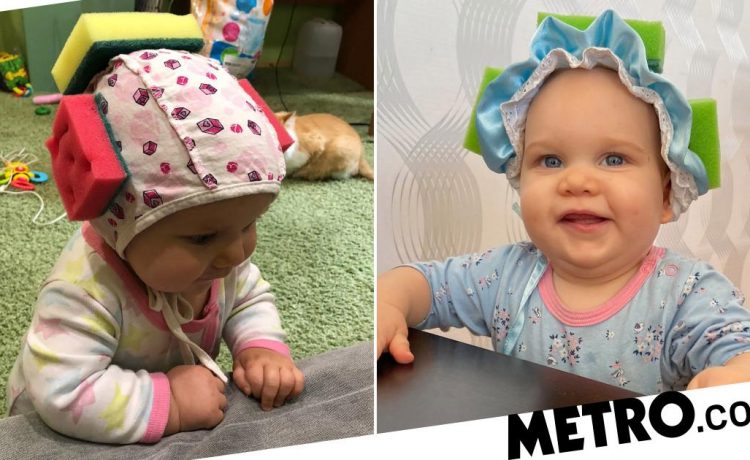 When her daughter Emilia was learning to walk, mum Margarita Nemirovskaia was concerned she’d take a few tumbles and could end up hurting herself.

Although she was there to supervise, she wanted to give her enough space to figure it out, which meant she could suddenly lose balance.

To help with any bumps, she came up with the idea of sticking sponges to shower caps.

Margarita tested it out first with Emilia, who is now two, before carrying on the tradition with 11-month-old Lilya.

Margarita, from Sochi, Russia, said: ‘The idea came to me suddenly.

‘It lets the girls learn to stand and get used to the space around them but if they fall there’s no bumps or bruises.’

She had looked at helmets but the ones she found stores didn’t suit Emilia’s head and were too large and heavy.

So she simply grabbed some caps to suit her daughter’s head and stitched the sponges around it, adding a few more when she saw it worked.

Of course, you could also use non-toxic glue or anything that will hold the two together.

She said: ‘The idea is great, it softens the blow for if they do fall and lessens the chances of hurting themselves.

‘I had a lot of positive reactions to the video but did have a few negative ones too.

‘However, I would definitely recommend it, you can even sew more sponges on to offer more protection.’

READ  Money-saving mum shares biggest thrifty tips from NEVER paying full-price for clothes to slashing food bill in half
Share on FacebookShare on TwitterShare on PinterestShare on Reddit
newsgrooveDecember 27, 2020 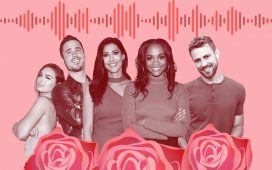