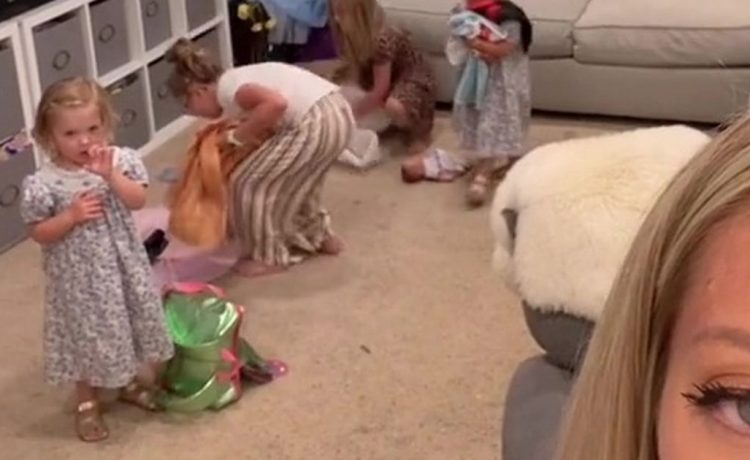 Hours of hard work cleaning the house can be undone in a whirlwind few minutes when little ones are bored.

They often pull out every toy they own and then walk away leaving you to pick up the pieces in a seemingly never ending cycle.

But one mum has shared a parenting hack to rope in the kids to clean up after themselves, saying it works “every time” without fail.

In the viral video, TikTok user @Fawn_Design was inspired by fellow parent @Mollythemom to try the hack herself, which involves assigning a ‘prize’ to a random item in the room.

The mum explains: “If you want your kids to happily put things away and for the load to be equally shared – because usually it’s consistently the same person doing all the cleaning – pick a mystery item and whoever picks that item up and puts it away in the right spot wins a prize.”

The game inspired her four children to clean up as many items as possible in the hope they grab the one that carries the incentive, and the kids can be seen busily working away behind her in the background as their many hands make for light work.

The clip has been watched more than 2.5 million times and it was captioned: ‘We tried this mom hack from @Mollythemom and it worked like a charm.’

Other struggling parents said they “loved” the hack and vowed to try it for themselves, as some said the reward could be as simple as letting the winner pick the TV show or movie they watch that night, or choose the story before bedtime.

One viewer argued against the technique, writing: “You’re teaching them that they get a reward for doing what they should do anyway”, but other mums and dads hit back at the stance.

Another replied: “It’s called positive reinforcement and is more effective than punishment.”

And another added: “I mean you go to work, you get paid, so…”

What do you think of the hack? Let us know in the comments.