Has your sweet and well-meaning kid left you inundated with arts and crafts projects that you don’t know what to do with?

One mum has shared her tip for getting her child to accept that some of his art is going in the bin with no drama.

Shan Chef took to TikTok to share the story she told her kids in a clip captioned ‘Overwhelmed by your kids artwork? Call on the dumpster gnome!’

The video shows her holding up something one child made, and starts with her telling the camera: ‘This has got to be my favourite thing that I’ve taught my kids.’

She then asks one of them: ‘Buddy, can I give this to the dumpster gnome?’, to which the child contentedly replies: ‘Yes’.

Shan asks them to explain what the dumpster gnome will do with the art, and they say: ‘Throws it in the garbage and then decorates their house with it.’

She clarifies, saying: ‘Mummy throws it in the garbage, and then he decorates his house with it – awesome, thanks.’

Her cute hack has proven pretty popular, with the clip earning nearly 502,000 likes so far.

Another said: This is life changing! I feel so bad when I even think about throwing away my son’s artwork’.

Others have shared their and their parents’ stories of similar art-loving creatures.

One commented: ‘We had the art fairy, my mum left my art for her, and she came in the night and took it to decorate her house.’


MORE : Mum reveals how she makes her bed like in a hotel with four easy steps


MORE : Mum calls baby ‘incredible sulk’ thanks to her impressive scowl as a newborn 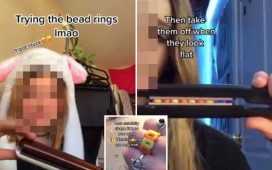 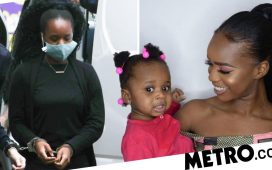 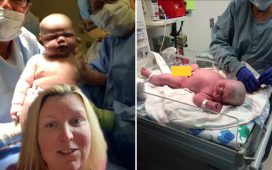 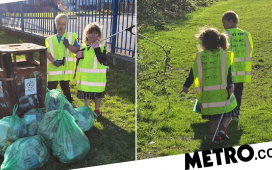 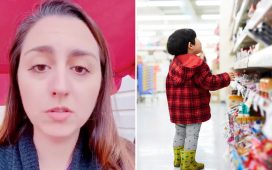