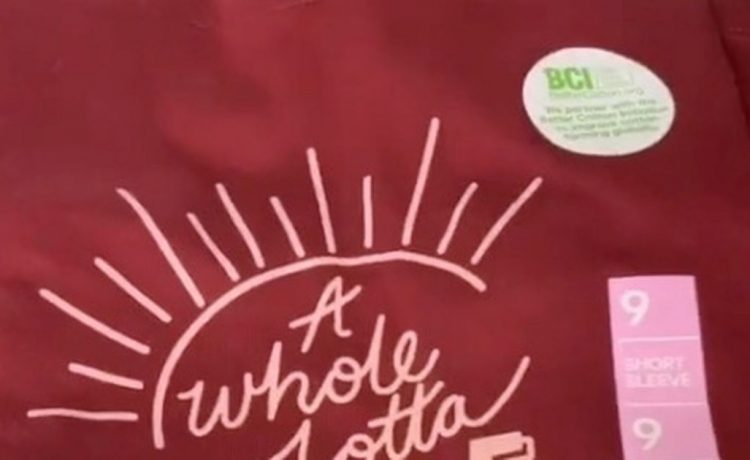 A mum has divided opinion after posting a video to say T-shirts she found in a shop “are not okay” as she pointed out the difference in slogans used on clothing for boys and girls.

TikTok user @Letsgoaussie filmed the clip in a branch of Kmart in Australia and it has since been viewed almost one million times, with plenty of people agreeing the clothing carries “subliminal messages” to young children.

She wrote: “What are we doing to our girls? Let’s compare girls and boys shirts at Kmart.”

It shows a collection of T-shirts for girls, emblazoned with slogans including ‘A whole lotta love’ and ‘Take it easy’ as she commented: “Why are we telling girls how to feel via their clothing?

“They see each other’s shirts telling them how to act; be happy, love, be perfect. Now let’s go see what the boys shirts say…”

The clothing for boys is shown to have writing on including ‘Adventure’ and ‘Alpine trail’, as the mum adds: “Oh look. These shirts encourage boldness, adventure, fun. There’s no shirts telling them how they should feel or behave.”

It racked up more than 3,500 comments and sparked debate as some argued: “I feel like this is a stretch. They’re literally just catering to styles that sell best?? I don’t think I’ve ever been influenced by a shirt.”

A second wrote: “Kids don’t read into this as much as certain adults do. To kids it’s just a top.”

And another added: “Ya’ll so dramatic for real, ya’ll complain about everything.”

But other snapped back to say: “Why is everyone hating on this? I think she’s right. It’s subliminal messages they’ll carry around with them.”

A second commented: “This comment section is NOT it. These products are extremely consequential to the socialisation of children as they grow up. It propagates inequality.”

A third argued that more shops should introduce a ‘kids’ clothing section instead of separating them into boys and girls.

What do you think of the mum’s argument? Let us know in the comments.