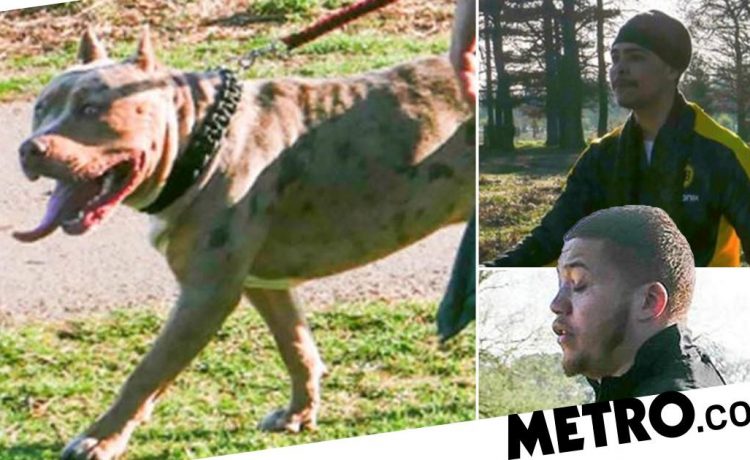 A mum and her two children were hospitalised after being bitten by a vicious dog during an Easter egg hunt in a park.

Three men who were with the animal are thought to have fled as the family was left seriously injured in Bushy Park in Hampton, southwest London.

The mother and daughter, 9, suffered from deep bite wounds after the dog ran over without a lead.

Police arrived at 5.44pm on Easter Sunday to find the son, 10, had also been bitten on the arm. The children’s dad was also in the park but was left unharmed.

London Ambulance Service treated the mum and two kids before they were taken to hospital.

Officers from the Metropolitan Police are looking to speak to three men who allegedly ran towards Vicarage Road, near Hampton Wick Station.

The person thought to own the dog is described as a light-skinned black male with a moustache and hair on his chin. He wore a yellow and black top with black trousers.

Anyone with information is encouraged to get in touch with police.

READ  How does habitat fragmentation affect Amazonian birds?
Share on FacebookShare on TwitterShare on PinterestShare on Reddit
newsgrooveApril 14, 2021