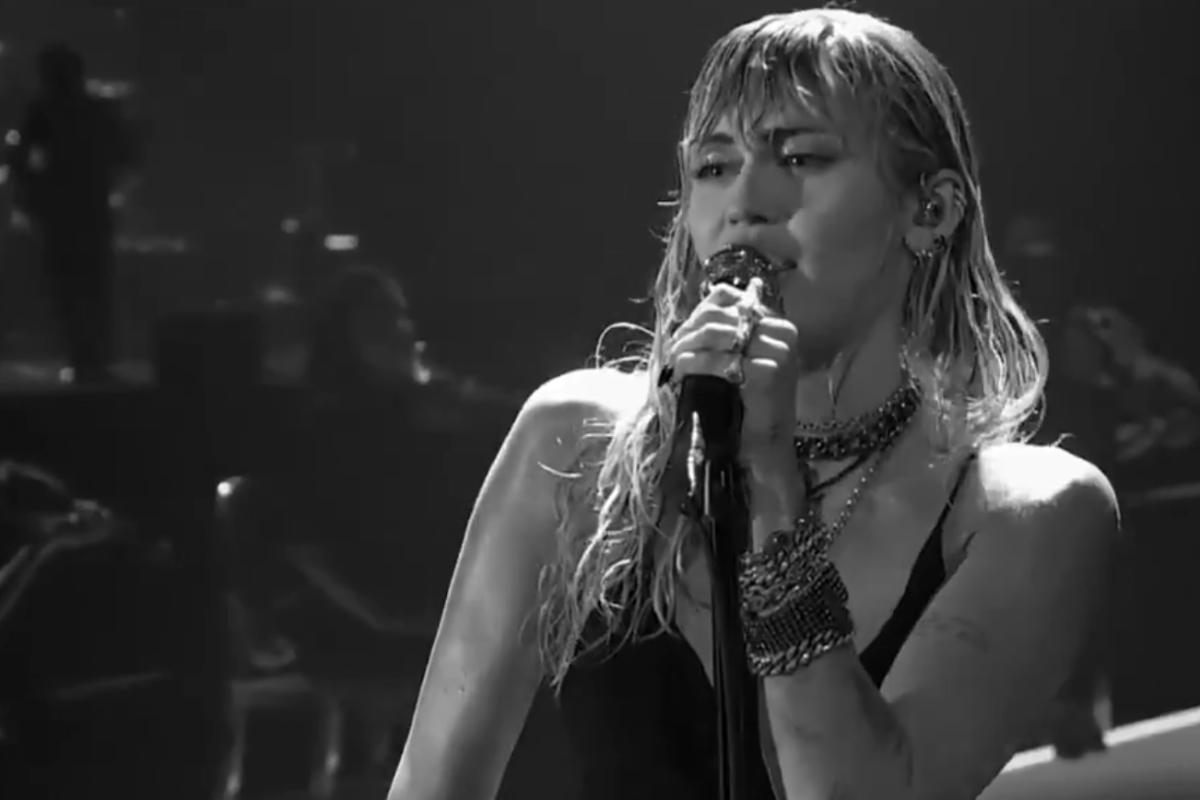 MILEY Cyrus delivered a spine-tingling performance of her Liam Hemsworth break-up track Slide Away at the MTV VMAs.

The emotional moment was her first time on stage since announcing the split, and she was supported backstage by new girlfriend Kaitlynn Carter.

Taking centre stage as violinists played behind her, Miley belted out the heartfelt track, emotion etched on her face.

It went down a treat with fans, with one gushing on Twitter: “Legit felt it all. Got chills. I really feel for her and her growth is soooo amazing @MileyCyrus so proud of her.”

Declaring their support for the star, another wrote: “I love you so much @MileyCyrus i’m so proud of you. Your performance was flawless and you’re an angel. #VMAs.”

Slide Away references drugs and alcohol as Miley croons “I want my house in the hills / don’t want the whiskey and pills”.

Miley, 26, shared the track online earlier this month with a single image of booze bottles floating in water with pills bobbing around.

Other lyrics reveal: “Once upon a time it was paradise” and “Woke up one day it had turned to dust / baby we were found but now we’re lost / so it’s time to let it go”.

Fans attributed the track to her crumbling marriage, as one pointed out: “I knew the minute they announced their split Bangerz pt 2 was coming. Heartbreak song queen”

The track was dropped after Miley jetted to Italy with new fling Kaitlynn.

The singer hit the headlines when she was spotted snogging Brody Jenner’s.

TMZ later reported that Miley battled “valiantly” to save her and Liam’s seven-month marriage, but struggled to accept his heavy drinking and “use of certain drugs”.

The website claimed her own past substance abuse battle made drug use a “deal breaker”.

However, an insider from Liam’s camp told TMZ that the drug allegations are “bulls***” and that it was Miley’s infidelity that ended their romance.

The source said of the claims: “This is another attempt by Miley to distract from her infidelity and recent outrageous public behaviour.”

Meanwhile, Page Six have reported that while Liam wanted to settle down and live a “normal” life, Miley looked as though she was heading back to her wild ways.

They also denied that Miley had been unfaithful, adding: “She never hooked up with girls while she was married. It wasn’t a part of the relationship.

“There was no hooking up behind his back or with his knowledge.”

Rebekah Vardy is expecting her fifth child early next year

Liam broke his silence on the break-up two days after Miley was pictured kissing Kaitlynn and posted a photo of a sunset to his Instagram as he confirmed the couple had “separated”.

READ  Zendaya flaunts her legs in green shorts with patterned blouse at the Teen Choice Awards
Share on FacebookShare on TwitterShare on PinterestShare on Reddit
newsgrooveAugust 27, 2019