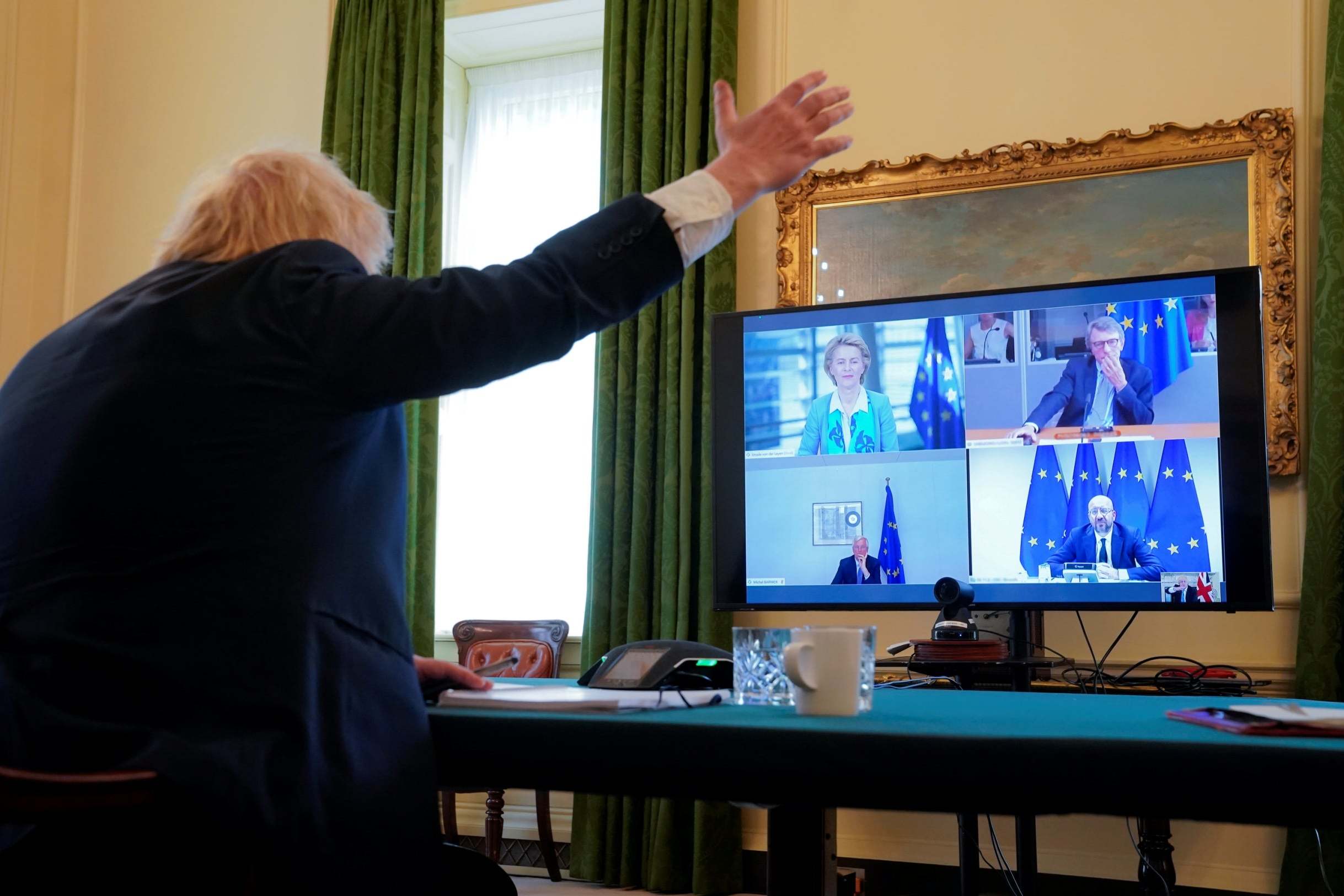 MPs are urging ministers to “compromise” and agree to European Union standards to make a breakthrough in trade negotiations with Brussels.

Boris Johnson has been holding video call talks with Brussels. During a meeting on Monday, he told the EU to “put a tiger in the tank” and step up efforts to reach a deal by July 31.

The EU’s long term insistence that the UK maintain a “level playing field” on workers’ rights, environmental standards and state subsidies after leaving the bloc has been a major stumbling block throughout negotiations.

But MPs on the Future Relationship with the European Union Committee have now asked UK ministers to “show where they are willing to move” by agreeing to follow “level playing field” terms as a base mark for UK standards when the transition period ends next year.

The committee’s recommendation is that should the UK then want to lower standards beyond the EU benchmark, it might have to accept a change in the level of European single market access available to the country.

The committee has produced a new report – signed off unanimously by cross-party committee members – suggesting that an independent body could be deployed to determine whether a change in standards would give “rise to an unfair competitive advantage” and whether any EU action was “reasonable”.

It also called for preparations for a no deal Brexit scenario to be ramped up.

In the Need for Progress in the Negotiations Report, published on Friday, the MPs said: “The UK’s and EU’s respective red lines make it difficult to find common ground on ‘level playing field’ issues.

“We urge the parties to look for a solution that takes as its starting point the de facto alignment of the UK and the EU when it comes to current rules and standards, and explore how the UK and the EU could be given access to their respective markets on the basis that if either side moves away from these standards, or acts in a way that one side believes gives the other an unfair competitive advantage, then that access could be varied.”

The report also urges the EU to give its chief negotiator, Michel Barnier, “greater flexibility in his mandate” in order to increase the likelihood of a deal being struck.

Hilary Benn, chairman of the committee, said: “Covid-19 has understandably dominated the efforts of political leaders in Europe since March, but negotiations with the EU remain critically important to the UK’s economic future.

“Whilst both sets of negotiators have worked hard in challenging circumstances, it has become increasingly clear that political leadership is needed if an agreement is to be reached in time to prevent the UK leaving the transition period on December 31 2020 without an agreement.

“With the global economy facing an unprecedented economic shock as a result of Covid-19, and just over four months left in effect to reach an agreement, both sides must show a willingness to compromise on the areas currently in dispute.”

The current transition arrangements expire at the end of the year and MEPs on Thursday urged the EU to step up planning for a no-deal scenario on January 1.

Agencies contributed to this report