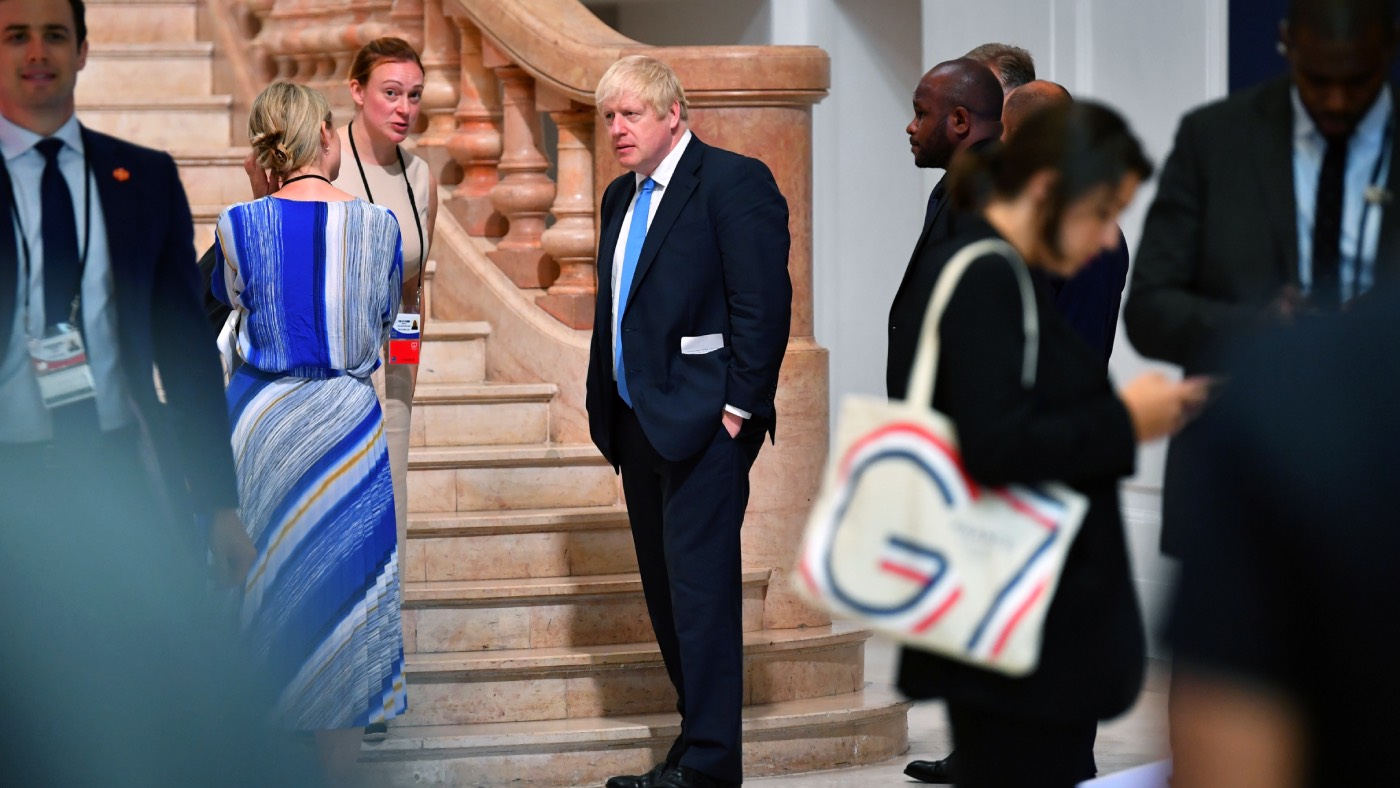 Boris Johnson has told MPs they are “very wrong” if they think they can stop Brexit.

As Tory rebels, headed by Philip Hammond, explore ways to use parliamentary mechanisms to stop a no-deal, and Jeremy Corbyn seeks cross-party support for a no-confidence vote in the government, a Downing Street spokesman said: “Politicians don’t get to choose which public votes they respect”.

The warning comes after Johnson shifted his message at the weekend to say the chances of securing a new Brexit deal are now “touch and go”, after having previously said the odds of no deal were “a million to one”.

Upping the ante further still at the G7 summit, the Downing Street official said: “The Prime Minister has been very clear to European leaders that he’s seen in the last week that the idea that Brexit can be stopped is incorrect, and we are leaving on 31 October.

“He thinks that EU leaders should not be listening to the very wrong messages emerging from some parliamentarians who think that they will stop Brexit.”

The spokesman added: “The Prime Minister has been repeatedly clear that parliamentarians and politicians don’t get to choose which public votes they respect.”

The Guardian says that although pro-Remain MPs “hope to find some parliamentary procedure that will bind Johnson’s hands” and force him to request an extension to Article 50, Downing Street “believes that leaving without a deal remains the default legal position, and no further vote by parliamentarians is needed to approve it”.

Under Jeremy Corbyn’s plan, however, a vote of no confidence in the government may be called to prevent a no-deal Brexit. The Labour leader would then become caretaker prime minister, delay Brexit, call a snap general election and campaign for another referendum, The Times says.

However, there are serious divisions between rebels, particularly due to the intransigence of the Liberal Democrats. Their leader, Jo Swinson, told Corbyn to drop his hope to become caretaker prime minister in favour of alternative candidates, including the Tory grandee Kenneth Clarke.

In a letter to Corbyn, Swinson said: “We cannot allow party politics to stand in the way of finding a solution that works to prevent the national crisis approaching us.”