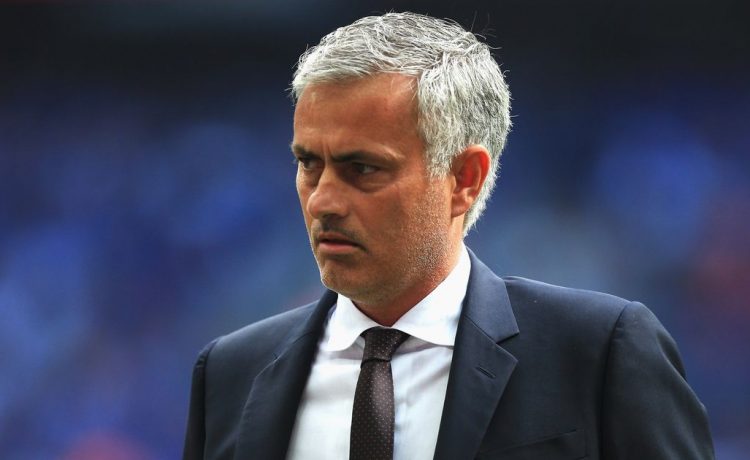 Diogo Dalot has emerged as a shock transfer target for Real Madrid, according to reports in Italy.

The Manchester United defender spent the last season on loan with AC Milan, making 33 appearances in all competitions.

Milan are keen to bring Dalot back to the San Siro on a permanent deal for next season and have been quoted €15m by his parent club.

Dalot signed for United back in 2018, with Jose Mourinho quickly predicting him to have a similar impact to Red Devils legend Gary Neville.

“Everybody knows that he has fantastic potential,” Mourinho said after Dalot’s second Premier League appearance. “I don’t want to compare, especially not the number of titles but he is probably the same age as Gary Neville when he came into the first team.

“Probably he can follow Neville in this dynamic of more than 10 years as United’s right-back, with amazing conditions to improve, because as I was saying he’s 19 years old.”

It hasn’t gone to plan since his departure at the end of that year, with opportunities under Ole Gunnar Solskjaer limited.

And Calciomercato now claim that new Real Madrid manager Carlo Ancelotti is interested in bringing him to the Bernabeu, as Los Blancos look for cheaper transfers due to the current financial climate.

Ancelotti tried to sign the Portugal international during his time in the Everton dugout, but could now stand a better chance 12 months on.

Solskjaer has previously hinted that the 22-year-old could yet have a future at Old Trafford after proving his fitness during his time away from the club.

“The plan was always for Diogo this season, or the main thing for Diogo, was to be fit,” Solskjaer explained ahead of the Europa League tie with the Rossoneri.

How many signings do Manchester United need to make this summer? Let us know in the comments

“Now he’s kept fit all season; he’s been available for them. He’s playing at a big club, big expectations, [with the] great history of the club, so it’s been a good year for him.

“So, of course, I’ve been very pleased with his development this season, and he’s our player and we’re looking forward to having him back.”

However, after agreeing a £72.9m deal to sign Jadon Sancho from Borussia Dortmund, United will have to be creative in order to fund further transfers.

It is believed that following Sancho’s arrival, there will not be the financial resources in place to make additional, significant signings.

Raphael Varane is now believed to be Solskjaer’s top target as he looks for a long term partner for Harry Maguire at centre back.

Varane has just 12 months remaining on his current contract but Real Madrid are still looking for close to £60m.

That fee is said to be prohibitive to United getting a deal done, but their surprise interest in Dalot could potentially be used as a makeweight in future negotiations.