The immersive set is a riot of spangled, sparkling colour, complete with sensual red lighting, Parisian vistas that glide on and off, and a working windmill in the royal box facing a blue elephant.

The costumes range from multicoloured can-can petticoats to fishnets and basques and from bohemian leathers to pastel morning suits à la Cecil Beaton’s designs for My Fair Lady.

Originally inspired by Puccini’s La bohème, it is the story of impoverished American composer Christian (Jamie Bogyo) and his rivalry with The Duke (Simon Bailey) for the love of the Moulin Rouge’s star performer Satine (Liisi Fontaine). Will true love triumph or will Satine save the Moulin Rouge from closure by becoming the wealthy Duke’s mistress?

Taken out of its operatic context, the story is a melodramatic soap opera and director Alex Timbers, together with choreographer Sonya Tayeh, embraces the overheated Belle Epoque romanticism with alacrity.

Not so much a jukebox as a mixtape musical, it features snatches of songs sewn together from artists as bewilderingly diverse as Sting, Adele, The Rolling Stones, David Bowie, Talking Heads and Elton John.

The leads perform beautifully and it is hard to believe that it is Bogyo’s professional debut. The well-drilled dancers divert attention from the loose plotting and some of the duller musical additions with spectacular sequences.

Chief among these is the backstage duet between Santiago (Elia Lo Tauro) and Nini (Sophie Carmen-Jones) that starts as a sensual tango to The Police’s Roxanne before exploding into a kinetic ensemble piece that kicks the passion into top gear.

Elsewhere, Clive Carter’s emcee Harold Zidler and Jason Pennycooke’s Toulouse-Lautrec – whose unrequited love for Satine tugs at the heartstrings – are outstanding. Plenty of fizz for your francs here. 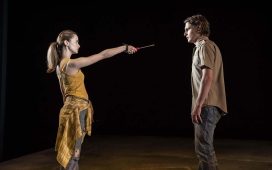 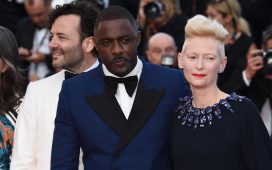 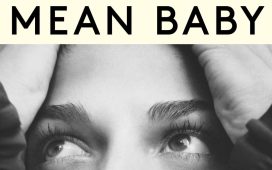 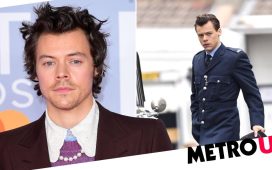