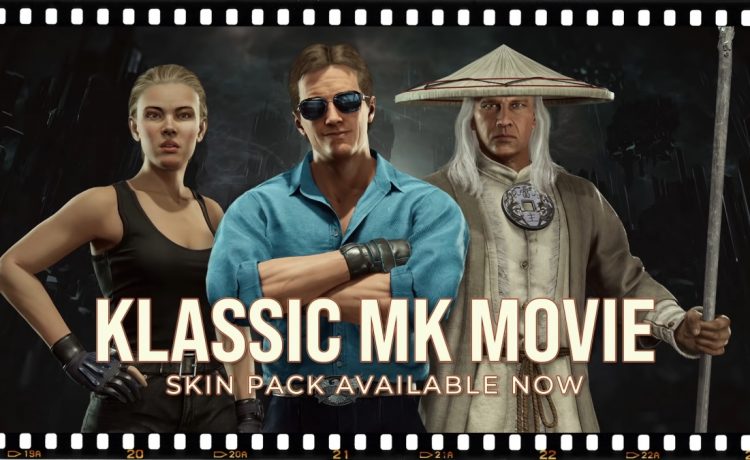 Now we have the Mortal Kombat 11 Klassic MK Movie Skin Pack. Wow, that’s a mouthful. Adding to the Shang Tsung fun, you can now play as Sonya Blade, Raiden, and Johnny Cage as portrayed by their 1995 actors!

Up first is “Island Bound” Sonya Blade as portrayed by Bridgette Wilson. 1995 was a good year for Wilson, who was also Adam Sandler’s third grade teacher and love interest in Billy Madison. While her action sequences in the movie weren’t top tier, her constantly annoyed look made her a staple of the Mortal Kombat movie. She didn’t know what the hell was going on, but man, she did NOT have time for any of that shit.

Next is “Earthrealm” Raiden played by Christopher Lambert. Raiden didn’t do any real fighting in the first movie, but he was there to deliver lots of exposition, advice, and pure snark in his French accent — there was something truly wonderful about the way he pronounced “adversaries.” With the video game version of Raiden being seen as damaged goods due to how much of a bumbling doofus he’s been in the last few installments, we could use Lambert to liven him up a bit. Fun fact: Lambert even starred in a French commercial for Mortal Kombat 11, where he effortlessly defeated another player by using Raiden.

Finally, there’s “Hollywood Kombatant” Johnny Cage with none other than Linden Ashby. The most quotable character in a movie full of quotable characters, Ashby’s Cage is a dopey egomaniac with a hero within. Naturally, the sequel told you how bad it was going to be from the very beginning by recasting and then immediately killing Johnny for the sake of making Sonya feel bad for a scene or two. As much as I love Andrew Bowen’s portrayal of Johnny in the last few games, Ashby walked so Bowen could run. Or Ashby split so Bowen could punch?