More UK flights are delayed than ever with Thomas Cook, Ryanair, easyJet, and Tui among worst affected 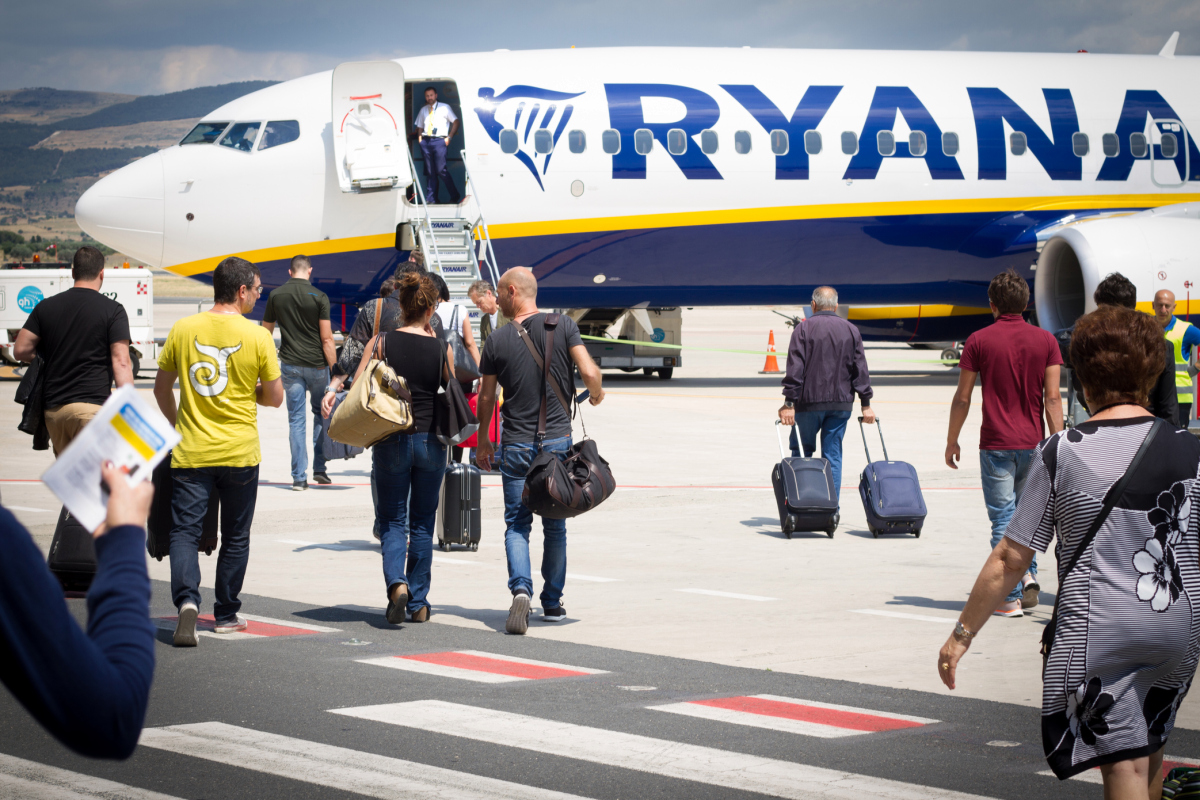 BRITS are more likely to face delayed flights than ever according to new research, with airlines including Thomas Cook, easyJet, Tui and Ryanair among the worst affected.

And to make matters worse for passengers, they’re unlikely to get any compensation despite the increase in travel disruption.

Which? Travel looked at Civil Aviation Authority (CAA) data for almost ten million flights from 2014 to 2018.

It found that punctuality has plummeted across eight of the ten busiest carriers departing from the UK – and some airlines have seen the number of delayed flights more than double.

The poorest performing airline was Thomas Cook which saw the number of delayed flight go up from seven per cent to 11.5 per cent.

Thomson/Tui had delays of 8.1 per cent last year, compared to 5.5 per cent in 2014; while Ryanair saw its delayed flights more than double from three percent to 7.8 per cent.

And Aer Lingus and KLM, which round off the list, saw relatively small increases to delays – from 2.8 per cent to 3.2 per cent and from 1.5 per cent to two percent respectively.

READ  How to avoid travel sickness on planes – including what to drink, where to sit and what to wear

In response, a spokeswoman for Thomas Cook said: “Unlike other airlines, we do everything possible to avoid cancelling flights to get our customers away on holiday, which can impact overall punctuality figures.

“A variety of factors, including air traffic control strikes in Europe and periods of severe weather, contributed to record levels of disruption across the industry last year.

“We had a significant period of growth in 2018 with new routes and slots at UK airports. We always want to get our customers on holiday on time and have taken steps to improve punctuality this year, including operating more reserve aircraft to help get flights back on time quickly if delays happen.”

Ryanair said: “These Which? figures are inflated and inaccurate. They refer to 2018, which was the worst year on record for ATC delays in Europe.”
EasyJet and Thomas Cook both said factors beyond their control were to blame for the delays, such as airspace, weather and strikes.

While the increase in delays may seem startling, it may be worth bearing in mind that there are more flights than ever.

Everything from weather, airspace restrictions could affect punctuality.

But it’s little consolation for passengers who are affected by delays as there are several reasons why they may not be due any compensation for the travel disruption.

Under EU law, passengers have to be delayed for three hours or more before they’re entitled to any compensation.

READ  Flights: Britons reveal the 'grossest’ things they have seen on flights - do you agree?

And if the delay is due to “extraordinary circumstances”, including bad weather and baggage handler strikes, there won’t be compensation.

Last year, a quarter of UK flights were delayed or cancelled.

We previously revealed why delays may be worse in summer.

Sun Online Travel has contacted all the airlines mentioned for additional comment.