More than a QUARTER of the world’s oceans need protecting urgently ‘to give marine species space to live free from human impacts’, scientists claim

More than a quarter of the Earth’s oceans need urgent protection to give marine species space to live without human impact, scientists claim.

To keep the aquatic creatures safe, researchers at the University of Queensland say millions of square miles of ocean should have any human activity restricted.

This would include potentially banning fishing, commercial shipping and restricting pesticide runoff in waters covering a quarter of the Earth.

The Northern Pacific Ocean near China and Japan as well as the Atlantic between West Africa and the Americas are key areas to keep clear, the team said. 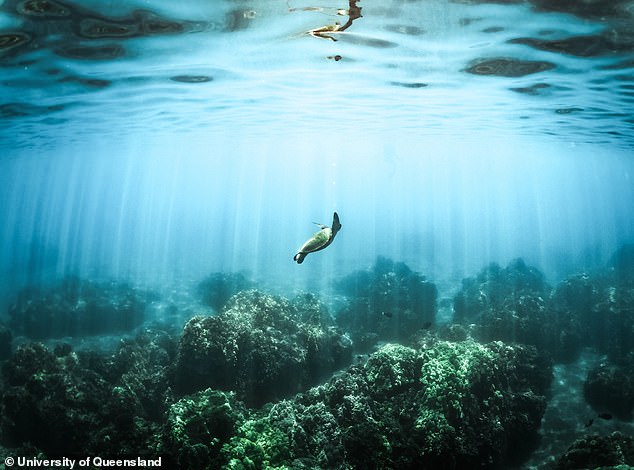 Space required is based on how far different marine species need to roam for things like food and mating, the team said in a paper published in One Earth.

Authors mapped more than 22,000 marine species habitats and created a model to identify the minimum area required to capture a portion of each species range.

To ensure they have the space to roam without the risk humans pose more than 3.3 million square miles of water should be made into protected areas.

The range is how far they need to travel and found that a third of all species have less than 10 per cent of where they need to go covered by protected places.

‘Conserving the areas we’ve identified in our study would give all marine species a reasonable amount of space to live free from human impacts like fishing, commercial shipping or pesticide runoff,’ said author Kendall Jones.

As part of the study they included spaces of international importance for biodiversity and areas where human impact on the oceans are extremely low.

They found that the total ocean area required for conservation varied from 26-41 per cent of all waters – depending on the proportion of each species range conserved.

‘The world’s nations will be coming together in China this year to sign an agreement that will guide global conservation for the next ten years,’ Professor Watson said.

‘This science shows that governments must act boldly, as they did for the Paris Agreement on climate change, if we are to stop the extinction crisis facing many marine species.’ 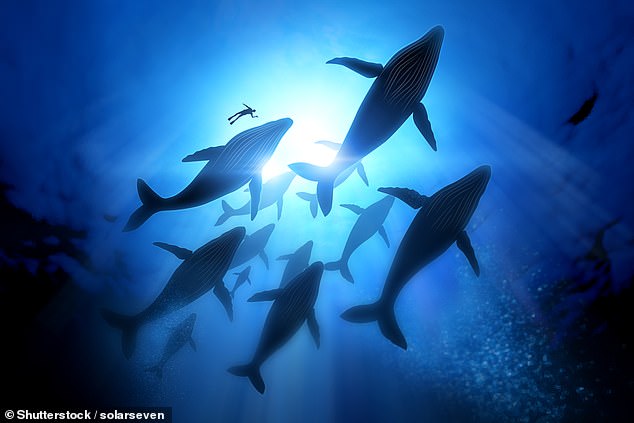 ‘We need to use a broad range of strategies such as no-fishing zones, community marine reserves and broad-scale policies to put an end to illegal and unsustainable commercial fishing operations.’

The authors stress that ocean conservation was essential for people and biodiversity and not just marine species.

‘Millions of people around the world depend on marine biodiversity as a crucial source of food and income,’ Professor Watson said.

‘A well-designed global conservation agreement will help preserve these livelihoods into the future.’

The findings have been published in the journal One Earth.

Biodiversity is the variety of life on Earth.

It encompasses diversity the number of species of plants and animals, the genetic diversity within and between these species and the different biomes and ecosystems of which they are part of.

These ecosystems can include the rainforest, tundra and desert

Biodiversity also includes the diversity within microscopic organisms, including bacteria, viruses and fungi.

How does biodiversity affect us?

Biodiversity provides us with food directly or through pollination, medical discoveries and ecosystem services.

The latter include everything from cleaning water and absorbing chemicals, which wetlands do, to providing oxygen for us to breathe.

The Earth’s biodiversity is in decline due to activities such as deforestation, land-use change, agricultural intensification, over-consumption of natural resources, pollution and climate change.

Some scientists believe that there is enough evidence to confirm that we are in the Earth’s sixth mass extinction event.

This is where there is a widespread loss of 75% of species over a relatively short geological time period of two million years.

There have been five mass extinctions so far, perhaps the most well-known one is the loss of the dinosaurs caused by the asteroid

But this current mass extinction is different, because it is caused by humans.

School closures have little impact on spread of coronavirus – study

Shipworms pulled from underwater forest that grew 60,000 years ago could be used to make antibiotics

Coronavirus: How ‘viral load’ and genetics could explain why young people have died from Covid-19

Why the UK lacks an adequate testing system

Did you solve it? Double chocolate!

Children that play lots of video games are more likely to be fat teenagers, study finds