Another foldable phone has hit roadblock as Huawei postpones the release of its Mate X until after November.

As reported by TechRadar, Huawei annouced the postponement at a press event this week, pushing back its original September release date by potentially several months.

While Huawei has yet to comment on exactly why its phone will be delayed, TechRadar notes that Huawei has been played with several designs including replacing its steel back with aluminum — which the outlet notes is now scrapped — and adding more screens.

In a response to Gizmodo, Huawei state simply: ‘Huawei confirms that Mate X is still scheduled for launch between September and November 2019.’ 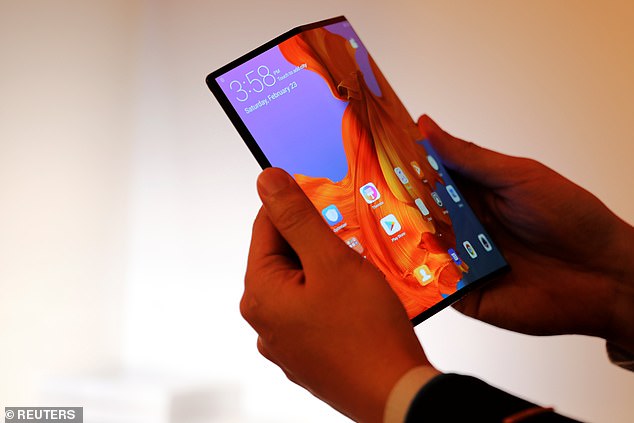 Huawei will delay the sale of its folding Mate X until after November, continuing myriad issues with foldable smart phones.

This is the second time that Huawei has delayed the release of the phone after a postponement in June.

That delay came as Huawei’s phones faced being cut off from updates of Google’s Android operating system due to trade tensions between the US and China — the US blacklisted Huawei prohibiting American companies from doing business with the firm.

READ  China gets mixed results in its attempt to lift lockdown

In June, Huawei denied that the delay was due to the ban, and said that Huawei was in the process of running certification tests with various carriers that are expected to be completed in August.

According to previous reports, The Mate X will eventually retail for a hefty $2,600 and boasts an 8-inch screen that makes it about the size of a small tablet. 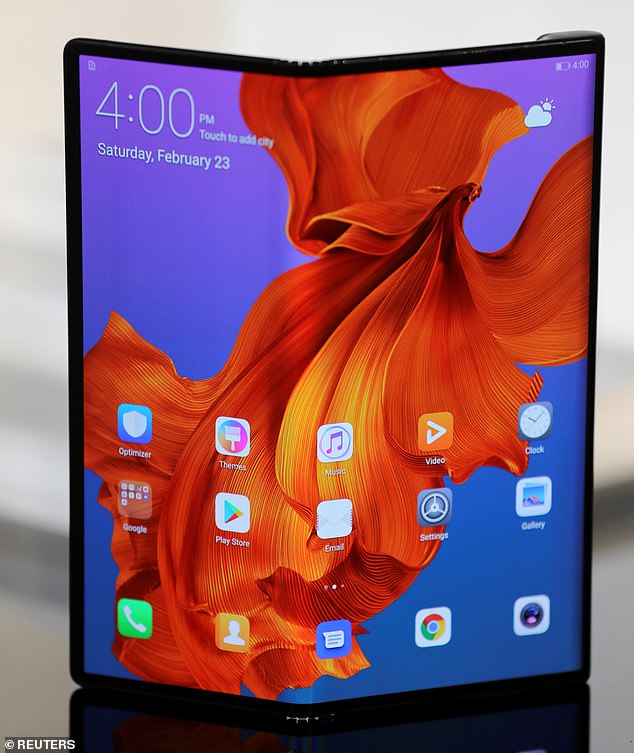 The Mate X will look to avoid the flaws documented via Samsung’s select release of the Galaxy Fold.

If past attempts at folding phones are an example, it’s possible that there could be more critical kinks in the device’s functionality.

In an initial test Samsung’s Galaxy Fold saw several problems with its display and hinge mechanism that damaged and contorted its screen — problems that were only illuminated after the company sent the devices to several tech journalists.

According to Samsung, the $1,980 folding phone is finally ‘ready to hit the market,’ though the company has yet to provide any hard release date.

”Most of the display problems have been ironed out, and the Galaxy Fold is ready to hit the market,’ Kim Seong-cheol, vice president of Samsung Display, said at an industry event in June.

WHAT HAPPENED TO THE GALAXY FOLD?

Samsung debuted the $2,000 Galaxy Fold to great fanfare in February.

But journalists who received review units ahead of the Fold launch in late April reported experiencing issues with the interior screen.

After just one or two days of use, users said the display began to flicker and turn black before becoming completely unusable. 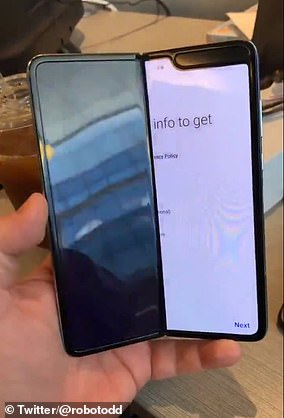 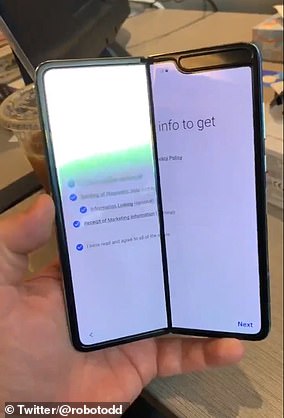 READ  Full Moon 2019 UK: When is the next Full Moon? Look our for the beautiful Cold Moon

Last week, journalists who received review units ahead of the Fold launch reported experiencing issues with the interior screen. The display would flicker and go black

The issues are believed to stem from the hinge causing too much pressure on the screen.

Some said they had removed a protective layer on the screen that was supposed to stay on.

Meanwhile, others said they didn’t remove the protective film, but the device still stopped working. 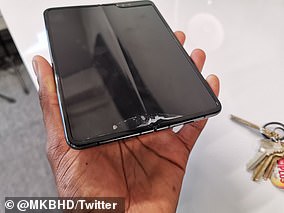 A warning on the Galaxy Fold packaging instructs users not to remove the protective layer, according to a photo posted by T-Mobile Senior Product Manager Desmond Smith.

But Dieter Bohn, executive editor of technology news site The Verge, says he left that layer on and his screen still broke.

The issues raise questions about whether or not the Galaxy Fold can withstand normal use.

The only child: how is quarantine affecting kids without siblings?

Puppies vs kittens: which makes the better pandemic pet?