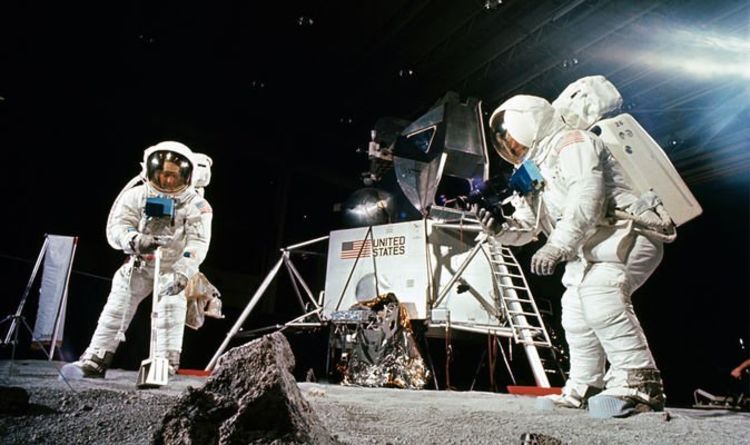 Months of gruelling training exercises paid off for NASA on July 20, 1969, when Apollo 11 landed on the Moon. The historic mission saw astronauts Neil Armstrong, Buzz Aldrin and Michael Collins safely fly to the Moon and back. At the height of the Cold War, the Space Race and the Vietnam War, Apollo 11 carried the torch for all of humanity into space. Now, 50 years later, Apollo 11’s three astronauts are once again being celebrated for their contributions to science and space exploration.

Of the three Apollo 11 astronauts, Command Module Pilot Collins was the only one who did not land on the Moon.

Apollo 11 was initially conceived as a mission that would test NASA’s ability to land on the Moon and return to Earth.

Extensive surface EVA’s and scientific operations were not part of Apollo 11’s goal but the two astronauts would have about three hours outside on the Moon.

In order to fully prepare Commander Armstrong and Aldrin for the mission, NASA staged an entire Moon landing EVA down here on Earth.

The set was constructed at Building Nine of the Kennedy Space Center in Cape Canaveral, Florida.

The Moon landing set included a grey lunar regolith or soil, a mock Lunar Module (LM) and a blacked out background to simulate the pitch black of space.

NASA has now revealed the incredible training exercise in a series of high-definition photos taken in 1969.

READ MORE: Why did the Apollo 11 flag wave and flap in space?

According to NASA, the training session took place in April 1969, just three months before the Moon landing itself.

In one photo caption, NASA said: “Astronaut Neil A. Armstrong, wearing an Extravehicular Mobility Unit, participates in a simulation of deploying and using lunar tools on the surface of the moon during a training exercise in Building 9 on April 22, 1969.

“Armstrong is the commander of the Apollo 11 lunar landing mission.

“In the background is a Lunar Module mock-up.”

Other photos show Armstrong and Aldrin training to collect Moon rock samples in the middle of a US desert.

While Armstrong and Aldrin were preparing for their lunar descent and EVA, Collins was preoccupied with mastering the controls of the Columbia Command Module.

The Columbia spacecraft stayed in lunar orbit during the Moon landing and was the astronauts’ ticket back home.

One NASA photo, taken on June 28, 1969, shows the astronaut inside of a Columbia simulator at the Kennedy Space Flight Center.

READ MORE: Apollo 11 insider reveals why going to Mars is a ‘distant dream’

READ  Apollo 11 Moon landing: How the US planned to ABANDON astronauts in outer space

“Collins is at the CM’s docking tunnel which provides passageway to and from the Lunar Module (LM) following docking, and after removal of the tunnel hatches, docking probe and drogue.”

After their training was complete, the astronauts blasted off to the Moon on July 16, 1969, and landed just four days later.

Upon their return on July 24, the three men were hailed heroes and received the US Presidential Medal of Freedom – the highest reward an American civilian can receive.