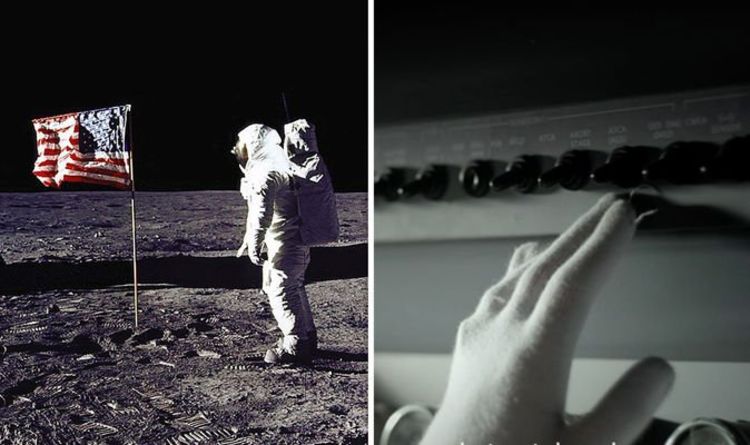 With the 50th anniversary of the moon landing looming, the BBC aired a documentary-drama entitled ‘8 Days: To the Moon and Back’, which explained what happened. After the astronauts made history with the first moon walk, there was still plenty of their journey still to go. Before they could take off from the Moon, they had to complete a systems check.

Extraordinary audio taken from inside the lunar module ‘Eagle’ reveals the heart-stopping conversation between the astronauts and Mission Control in Houston, Texas.

In the conversation, Mr Aldrin explained how the switch that controls the engine that launches the lunar module off the Moon appeared to be broken.

Without this switch, he and Mr Armstrong were stranded.

Firstly, Mission Control radioed up: “Tranquility base, this is Houston. In the flight plan configuration, we show that on panel 16, row two she stability control circuit baker should be open at this time. Over.”

Then he added: “Houston, Tranquility. Do you have a way of showing the configuration for the engine arm circuit breaker? Over.

“The reason I am asking is because the end of it appears to be broken off.

“I think we can push it back in again. I’m not sure we could pull it out if she pushed it in though, over.”

Mission Control paused and then told the men: “Get some rest and have at it tomorrow. It’s been a long day.”

While Mr Aldrin and Mr Armstrong slept, NASA technicians worked through the night to find a way to bypass the switch.

However, their attempts were futile and in the end, Mr Aldrin fixed the situation with a more old-school technique.

He took a pen and prodded it into the switch.

Miraculously, this closed the circuit and the astronauts were cleared for take-off.

They took off from the moon, met up with their colleague Michael Collins in the Control Module in orbit around the Moon and then set off for Earth.

This terrifying aspect to their journey had been comprehended only briefly before they set out.

In a press conference, the three men were asked: “What will your plans be in the extremely unlikely event that the lunar module does not come up off the lunar surface?”

One astronaut replied: “That’s quite an unpleasant thing to think about. We’ve chosen not to think about that up to the present time.”

“But at this present time we’re left without recourse.”

Thankfully, the worst did not happen and all men returned home safe.