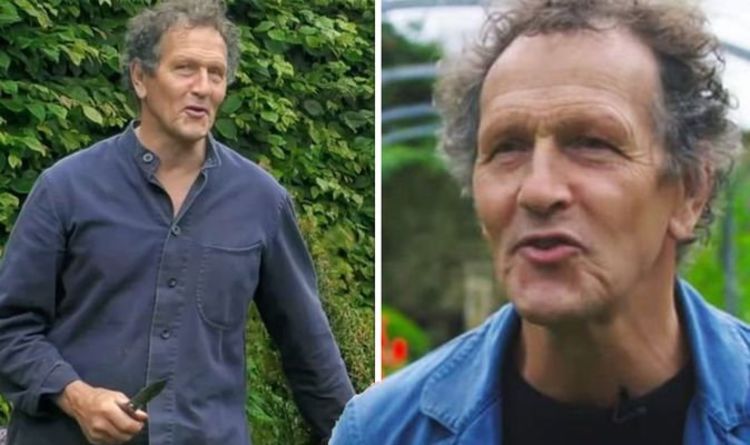 Monty Don, 65, is beloved as the main presenter on the BBC series Gardeners’ World. However, he has opened up about something he doesn’t like about the latest series of the show.

Monty has been back fronting new episodes of the series, which have seen it move from 8pm to 9pm.

However, it seems like the gardener is not thrilled about the move.

He recently responded to a fan about this in view of his 230,000 Twitter followers.

The follower had penned to him: “We’ve realised that 8 o’clock was exactly the right time for #GardenersWorld, the evening rhythm could revolve about that.

“Also agree! We tend to record it and watch it on a saturday or sunday morning with breakfast now (sic),” added a second.

Another viewer wrote: “Yes, me too – it is too late on a Friday – I record it as I watched HIGNFY and Gogglebox at that time, will keep recording!”

This isn’t the first time Monty has opened up about the choice to move Gardeners’ World to 9pm.

Back at the end of March, Monty tweeted: “You have waited all winter, but the new series of Gardeners’ World is back tonight at 9pm on BBC2.”

A fan then replied saying: “Slightly disappointed it’s not on until 9pm. Will it always be at this time?”

The gardening presenter then added: “Me too. I hope not.”

Elsewhere, Monty has been praising his Gardener’s World replacements this week.

Arit Anderson and Frances Tophill took over the reins of the BBC show.

Tweeting about their appearance, he wrote: “Congratulations to Arit and Frances and the team for a brilliant GW last night. I loved it.”