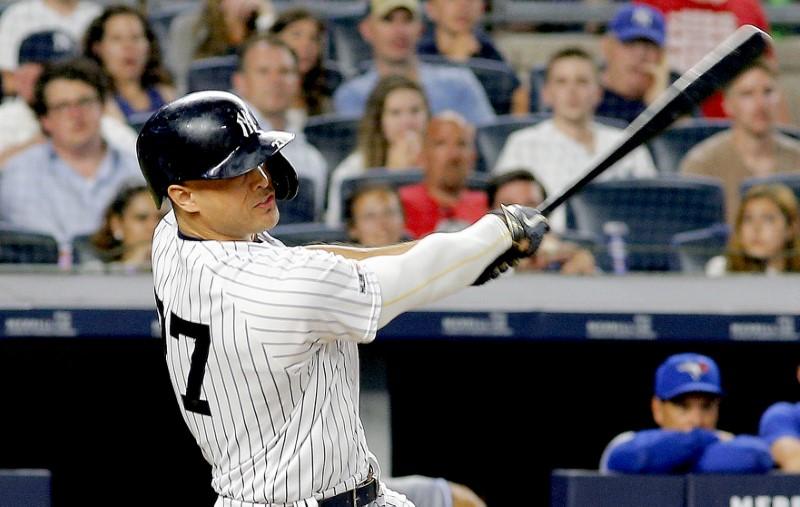 The 29-year-old outfielder is on the 60-day IL with a strained PCL in his right knee. The four-time All-Star has not played since June 25.

In nine games earlier this season, Stanton was 9-for-31 with one homer and seven RBIs. He led the Yankees with 38 home runs last season, his first with the club.

—The Arizona Diamondbacks placed left-hander Robbie Ray on the 10-day injured list, one day after he left his start before the third inning because of lower back spasms.

Ray (10-7, 3.99 ERA) told manager Torey Lovullo he felt discomfort after he pitched the second inning of the game at the Colorado Rockies. He went back out to throw one warmup pitch before coming out.

—Don Mattingly is in the final months of his contract with the Miami Marlins but remains hopeful his tenure as manager isn’t over.

Mattingly, 58, and Marlins chief executive officer Derek Jeter said they are in the initial stages of discussing the franchise’s future after a roster rebuild for the past two seasons.

“To be fair to Donnie, it’s something that we need to talk about sooner rather than later,” Jeter said. “We have touched base, and we’ll continue to talk.”

In 10 appearances against National League East opponents this season, the 6-foot-7 Hughes has posted a 1.88 ERA while holding hitters to a .188 batting average.

The A’s have three prominent starting pitchers — Marco Estrada, Daniel Gossett and Sean Manaea — on the injured list, with Frankie Montas in the midst of an 80-game suspension for violating the league’s performance-enhancing drug policy.

Harvey, 30, missed seven weeks because of an upper back strain before the Los Angeles Angels designated him for assignment on July 19 shortly after his return. He recorded a 3-5 record with a 7.09 ERA over 59 2/3 innings in 12 starts for the Angels.