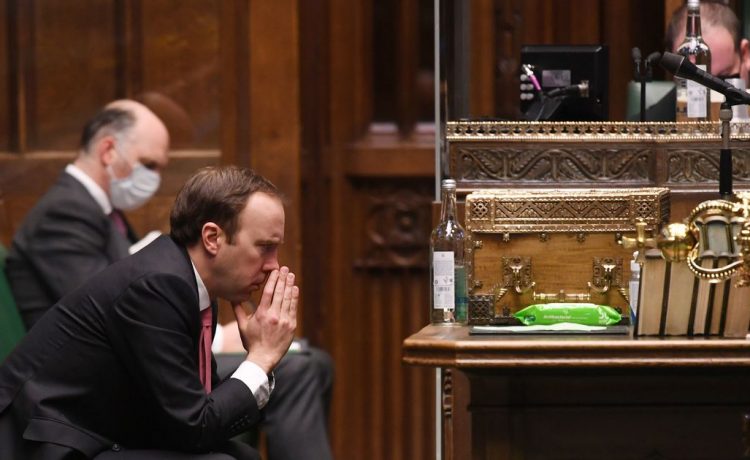 The Home Office has rowed back after Health Secretary Matt Hancock said asylum seekers from Covid-19 ‘red line’ countries would be sent back.

A government spokesman said this was not the case – and there would be no change to asylum policy with the introduction of hotel quarantine rules.

A Government spokesperson said: “Asylum claims will continue to be processed in the usual way.”

The Health Secretary had been asked how the new rules will affect people who enter the country seeking asylum.

From Monday, UK or Irish residents who have been in one of 33 ‘red list’ countries in the last 10 days will have to quarantine in an “assigned hotel room” for 10 days at least.

They must book this before travel, with a portal and guidance opening this Thursday, at a cost of £1,750 for an individual travelling alone. This includes the hotel, transport and testing.

Mr Hancock replied: “A new arrival to the uk who’s been in a red list country in the last ten days, who is not a resident of the United Kingdom or of Ireland, or a UK citizen, will be denied entry and will be held in hotel quarantine until they can return to the country from which they arrived.”

Contrary to the Health Secretary’s remarks, asylum seekers from ‘red list’ countries will not be “denied entry” – and instead will be provided quarantine accommodation at the expense of the government.

The UK has an obligation under international agreements to grant asylum to people who fear persecution.

Under international law they are not required to claim asylum in the first safe country they enter – though the UK government has long argued that they should, and refused to consider some cases where they have travelled through a safe country before arriving here.