A former head of the British Army has said it is “unfathomable” that the UK government appeared to have been “asleep on watch” when it came to ensuring the safety of Afghans who helped soldiers and officials.

Gen Lord Richard Dannatt’s comments followed the final flight containing UK troops and diplomatic staff from Kabul, bringing to an end Britain’s 20-year engagement in Afghanistan. The UK’s ambassador to the country, Sir Laurie Bristow, was among those who arrived on Sunday morning at RAF Brize Norton in Oxfordshire.

Amid bitter recriminations between government departments over who was to blame for leaving behind thousands of people with links to the UK, Dannatt questioned why ministers had not engaged earlier on the safety of Afghan allies, given that the issue had been raised repeatedly by senior army officers.

“On the particular issue of those who we knew were in danger, people who had worked for us, interpreters, former locally engaged civilians, this issue has been in the media,” he told Times Radio.

“This issue has been on politicians’ desks for two to three years and, certainly, it’s been there during the course of this year … Back in July, 45 senior officers wrote to the government … saying there are people we are concerned about and if we don’t do the right thing, their blood will be on our hands. It is unfathomable why it would appear that the government was asleep on watch.”

Afghans employed by the British army or who worked with UK-based organisations believe they and their families could be tortured and murdered for working with western powers despite assurances from Taliban leaders.

The Ministry of Defence said that Operation Pitting, the British rescue mission in Afghanistan, had saved 15,000 people, including 5,000 Britons and their families, plus more than 8,000 Afghan former UK staff and their families.

However, some from the aid sector believe that up to 9,000 others with links to the UK government could be left behind. Those remaining will be expected to reach a third country such as Pakistan, Uzbekistan or Tajikistan in order to be resettled in Britain.

Pakistan government sources told the Sunday Times that the foreign secretary, Dominic Raab, had shown no interest in talking to them or Afghan ministers in the six months before the crisis. Foreign Office sources said Raab had spoken twice to the Pakistani foreign minister, Shah Mahmood Qureshi, on 22 August and again on Friday.

Dannatt said ministers had not prioritised the issue of helping Afghan allies, and demanded an inquiry. “I think the issue of Afghanistan sat on the backburner. Maybe it started to come forward. But then, suddenly, when the Taliban took over the country in the precipitate fashion in which they did, it fell off the cooker straight on to the kitchen floor and we’ve … had this chaotic extraction.

Bristow, who had been processing those fleeing the country at the airport until the last moment, was among the final arrivals that brought to a close Operation Pitting, believed to be the largest evacuation mission since the second world war.

Vice Admiral Ben Key, the chief of joint operations, who commanded Operation Pitting, admitted there was a “sense of sadness” that not all could be saved.

Speaking at Brize Norton on Sunday morning, he said: “I pay testament to … everything that has been achieved by coalition forces … In the end we know that there are some really sad stories of people who have desperately tried to leave that, no matter how hard our efforts, we have been unsuccessful in evacuating.”

In a clip on Twitter on Sunday morning, Boris Johnson said: “UK troops and officials have worked around the clock to a remorseless deadline in harrowing conditions … It’s thanks to their colossal exertions that this country has now processed, checked, vetted and airlifted more than 15,000 people to safety in less than two weeks.” 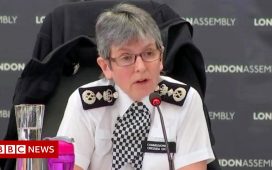 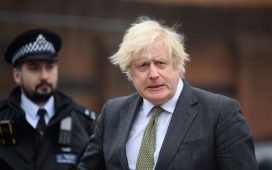