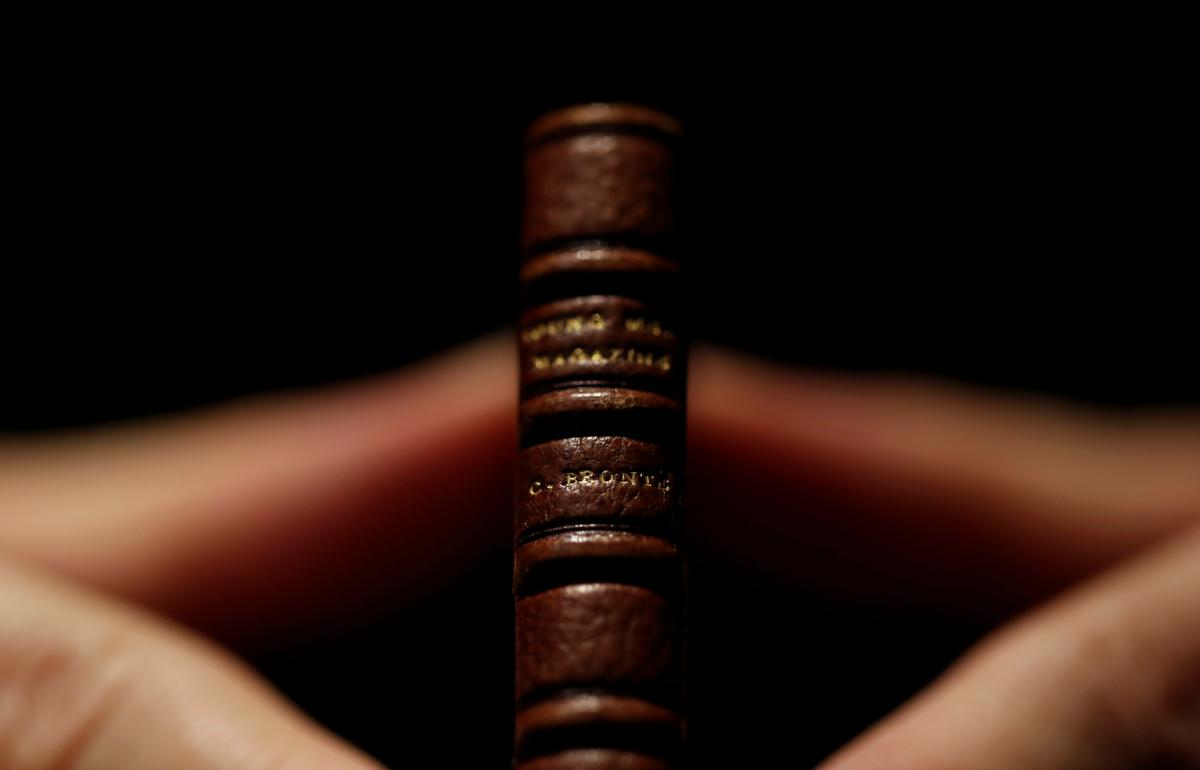 An employee displays the second issue of Young Men’s Magazine, a miniature manuscript dated 1830, written by Charlotte Bronte when she was 14 years old, before being put on auction at Drouot auction house in Paris, France, November 18, 2019. REUTERS/Christian Hartmann

PARIS (Reuters) – A miniature manuscript written by the teenage Charlotte Bronte is returning to her childhood home in West Yorkshire after it was bought by a British museum at auction in Paris.

The Bronte Parsonage Museum bid 780,000 euros ($862,600) for the unpublished manuscript, written by Bronte when she was 14 years old. The museum’s fundraising campaign was boosted by an appeal from actress Judi Dench.

Dench, the doyenne of British theater and film and honorary president of the Bronte Society, had urged the public to help bring the “little book home to Haworth” by donating money.

“They’re absolutely delighted. It’s the second time they’ve tried to buy this manuscript,” said Ed Maggs, who represented the museum at the Drouot auction house. “To finally bring it home for them now is a great moment.”

The manuscript is one of a series of periodicals written by Bronte and her sisters that they called The Young Gentlemen’s Magazine. Five of the six written by Charlotte Bronte are known to survive and are already held by the museum.

Filled with over 4,000 tiny written words, the manuscript is made up of stories with characters from ‘Glass Town’, an imaginary world invented by the Bronte children. The folded pages are stitched into a crude brown paper cover.

“They are the most evocative record, memory of childhood,” Maggs said.

The museum raised more than 84,000 pounds ($108,872) in public donations to supplement a fund it already raised from other sources to bid for the manuscript.

Bronte, whose works included Jane Eyre and Villette, died in 1855.

The Last Leg's Alex Brooker: 'Viewers don't define me by my disability'

Ikea left me in bits with a half-finished kitchen