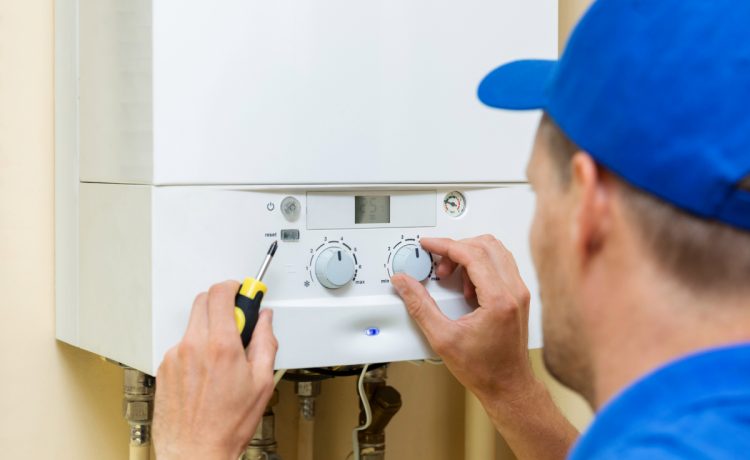 MILLIONS of homes will need to rip out their old gas boilers in the next 8 years as Boris Johnson vowed this morning to cut emissions by 68 per cent by 2030.

Business Secretary Alok Sharma said this morning in order to meet the PM’s ambitious climate change targets the “majority” of new installations of green heating pumps would mean gas boilers would have to be ditched.

The PM said this morning: “The fight against climate change is a truly global challenge and its one we’re only going to one if everyone country on every continent does it’s bit.

“We in the UK are going to lead by example, going further and faster than ever before with a new target to cut emissions by at least 68 per cent by 2030.”

Mr Johnson said the new target was “considerably” more ambitious than other country – and will set Britain on target to meet its net zero by 2050 target.

Home heating counts for as much as 14 per cent of the UK’s total emissions, and 80 per cent of homes are heated by gas boilers – meaning many will have to be replaced to meet the PM’s new target.

Mr Johnson announced last month his 10-point plan for a greener Britain, including a target of installing 600,000 heat pump systems a year by 2028.

READ  Corbyn to tell MPs: Do your duty, and declare a UK climate emergency

And when asked about this morning, Mr Sharma told BBC Radio 4 that “on the maths” most of those new installations would mean pulling out old gas boilers to meet the target.

Mr Sharma said: “Yes of course (the majority will be in older homes) that’s what the maths says.

“What we want to do is make sure we are creating these industries of the future.”

When asked about how Brits could be expected to stump up the cost of installing new heating and insulating their homes, Mr Sharma said: “The Green Homes grant provides financial support for the Government to help people insulate their homes.

“You provide incentives to people, whether that is grants, or the plug in grant that encourages people to provide electric vehicles.

“It is a process of providing those incentives which ultimately support jobs, cut costs for them and at the end of the day also cut our emissions.”

The cost of pulling out a gas boiler and replacing it with a heat pump system starts at £9,900, according to green energy supplier Igloo.

And the cost of a solid wall insulation for a typical semi-detached house ranged from around £7,400 to as much as £13,000, according to consumer group Which.

What is the Green Homes Grant?

The grants – confirmed on July 8 in the mini-Budget – will be part of a wider £3billion investment in green technology, with the UK aiming to go carbon neutral by 2050.

The vouchers are worth up to £5,000 for homeowners. The government will cover at least two thirds of the cost that homeowners in England spend on green upgrades up to this amount.

But households on low incomes can receive vouchers covering 100% of the cost of the improvements, up to a maximum of £10,000.

Any owner occupiers or social or private landlords in England can apply.

New-build properties that have not been occupied before are not eligible.

People who qualify for the low-income scheme (who get the bigger grant of upto £10,000) must receive at least one of the following benefits:

The Green Energy Home grant will provide people with £5,000 to help them front up the cash to take out gas boilers.

But it would still leave Brits with a substantial amount of money to pay.

People on certain benefits will receive £10,000 to help them make their home green.

And Mr Johnson has set his targets on banning the sale of new diesel and petrol cars from 2030.

But the PM could need to go further and bring forward plans to ban gas boilers in new homes from 2025 to 2023.

Speaking in the Commons earlier this week, Mr Johnson said: “I am proud that the UK led the way in instituting a target of net zero by 2050.

CRASHING THROUGH THE SNOW

Woman who slit throat of girl, 7, in park found NOT guilty of murder

“We are looking at our nationally determined contribution, which will be extremely ambitious.”

And one Government source told The Times: “The big issue is gas boilers. If we really want to make these kinds of inroads we have to do more to decarbonise people’s homes. The prime minister’s ten-point plan will not be enough.”