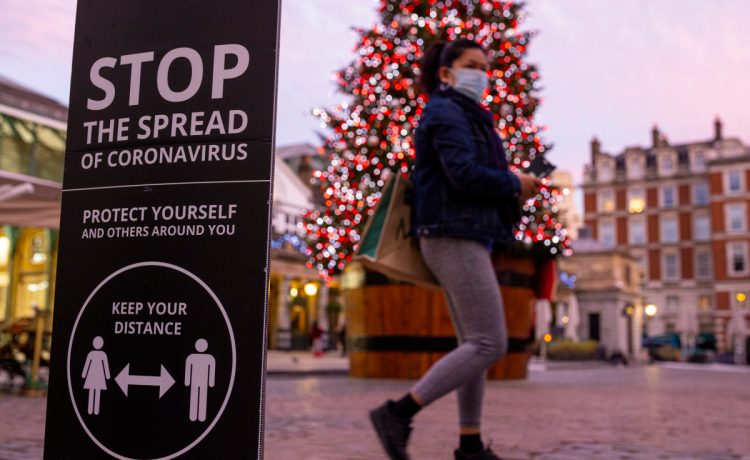 MILLIONS of Brits will be left in lockdown in all but name tomorrow as Boris Johnson carves the nation up into Tiers.

But the PM will dangle the possibility that restrictions could be eased in time for the week before Christmas.

Scrambling to kill off a brewing Tory revolt over the measures, Boris addressed his MPs tonight to warn them Tiers will be tougher.

He also faces fury from Britain’s boozers, who warned Bojo will kill their pubs for good if he forces them to stay closed for much longer.

One Whitehall insider told The Sun: “The overwhelming majority of the country will be in Tier 2 and 3 – but there is still hope.”

The PM will tomorrow announce what Tiers parts of England will go into when the national lockdown is lifted on December 2.

He is expected to place far more of the country into Tiers 2 and 3.

“The overwhelming majority of the country will be in Tier 2 and 3 – but there is still hope.”

Government insiders said it is possible none of England will be put into the less restrictive Tier 1.

But the decisions will be reviewed on December 16 – meaning some areas can escape more draconian restrictions in plenty of time for Christmas.

Vast swathes of the North of England and other Covid hotspots like Kent are expected to be put into the harshest Tier 3 lockdown.

Under the draconian restrictions, pubs and restaurants are closed apart from for delivery and households banned from mixing indoors.

London is hanging “in the balance” between Tiers 2 and 3, insiders said.

Labour’s City Hall chief Sadiq Khan has been begging No10 to put the capital in Tier 2 to avoid economic disaster.

The PM was this evening in a crunch Covid meeting with Matt Hancock, Michael Gove, Chris Whitty and Sir Patrick Vallance to carve up the nation.
But Rishi Sunak sent his junior lieutenant John Glen in his place.

Ministers and medics are weighing up whether to plunge whole counties into Tiers together, or to peel off parts with lower Covid rates to avoid crippling businesses unnecessarily.

Areas in Tier 3 will be handed access to “rapid-result” covid tests in a bid to squash the deadly virus in the community.

Furious pubs lashed the PM for pushing them to the brink of bankruptcy.

The British Beer and Pub Association warned the PM that thousands of jobs if their boozers are not allowed to reopen.

In a blistering letter, they fumed: “The pub is clearly being singled out for exceptionally harsh and unjustified treatment.

“Unless your Government changes course, and soon, huge portions of this most British of institutions will simply not be there come the spring.”

They warned that pubs have been “scapegoated” by the government.

What do we know about the Christmas bubble rules?

Manchester set to be put in Tier 3, says Burnham amid fears for rest of country

SO HERE IT IS, MINI CHRISTMAS