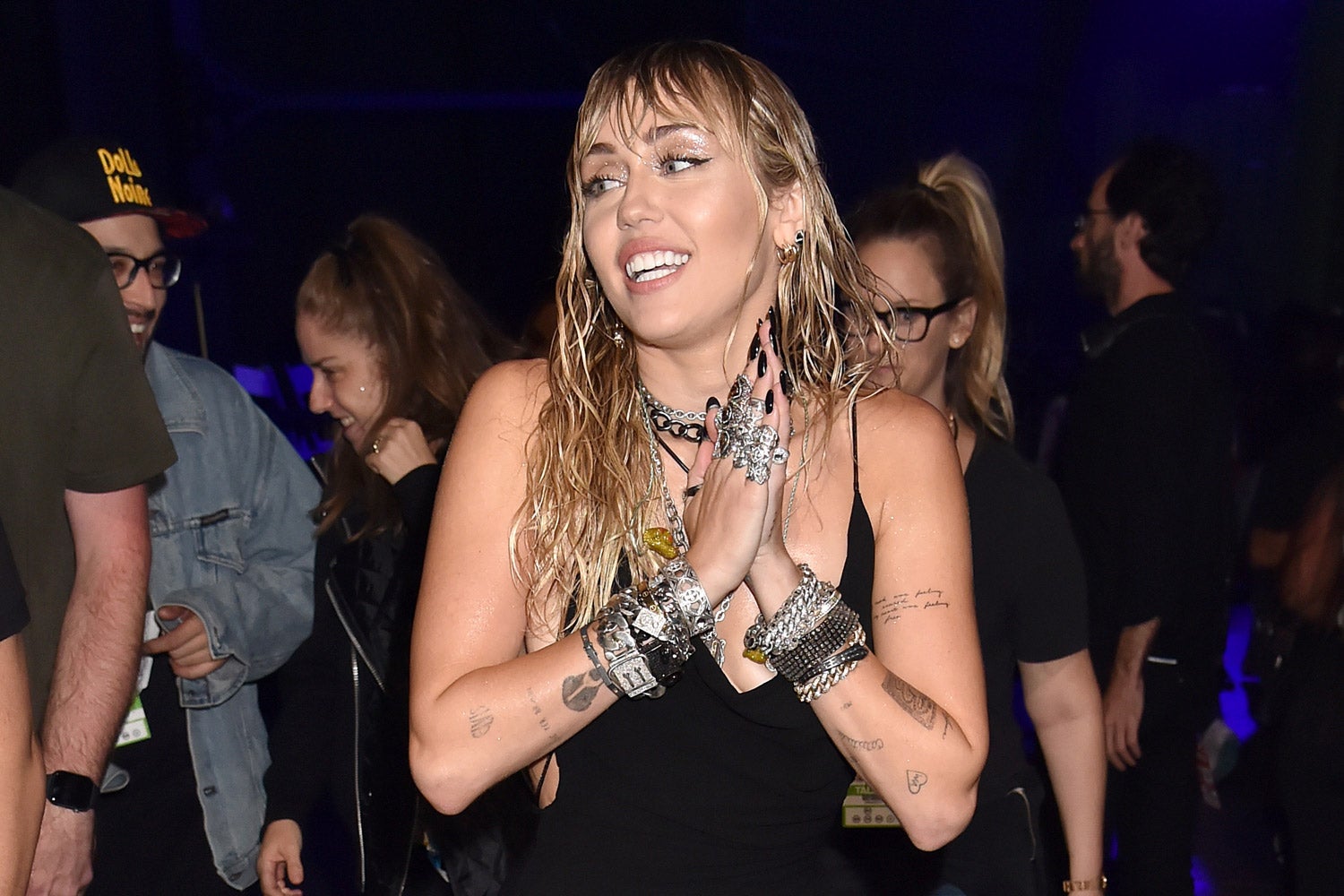 Miley Cyrus has had a new tattoo after announcing her split from ex husband Liam Hemsworth.

The singer, 26, revealed she had the lyrics of Pixies track “The Thing” inked on her arm while performing at the MTV VMAs.

The tattoo, which reads: “My head was feeling scared, but my heart was feeling free”, is the work of celebrity tattooist Winter Stone.

It comes after the couple announced they were breaking up after a ten year on-off relationship and eight months of marriage.

Cyrus later posted a series of images of her standing on top of a mountain with a message about “evolution” and “inevitable change” on Instagram.

She also published a new song, called “Slide Away”, which details the breakdown of a relationship.

Reports claimed Cyrus cheated on Hemsworth, 29, with blogger and reality star Kaitlynn Carter when images of the pair “kissing” emerged.

But Cyrus shot back in a series of tweets and another Instagram post, where she said she remained faithful to Hemsworth during their relationship.

Last night she performed an emotional rendition of “Slide Away” at the MTV VMAs in New Jersey.

She later was pictured leaving the show holding hands with Carter.

After the pair went on holiday to Lake Como in Italy, Cyrus also got a tattoo of one of the sculptures she saw there.

It shows a picture of a snake eating a person while placed inside a frame.