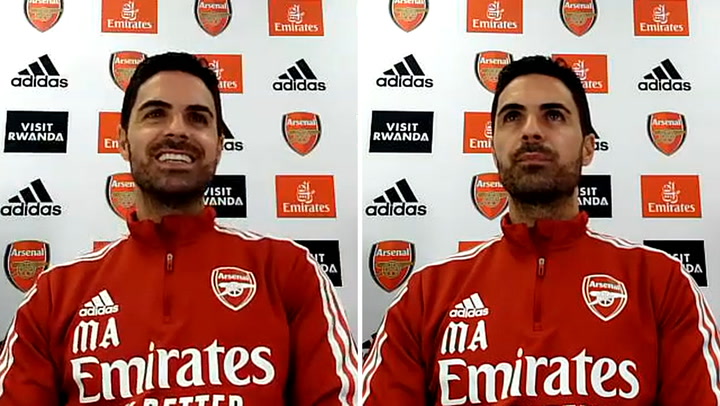 Mikel Arteta has dismissed the theory that he was giving Bernd Leno a two-game break and that he will return to Arsenal’s line-up for the north London derby next weekend.

Aaron Ramsdale replaced the German keeper in the starting XI for the win over Norwich on Saturday after Leno was in goal for the Gunners’ first three Premier League games of the season.

Reports in Germany suggested that Ramsdale wasn’t necessarily the new Arsenal no.1 after that call and that Leno would retain his place in the side following the game against Burnley.

But Arteta has dismissed that notion and insists no decision has been made for the clash at Turf Moor, never mind the following week against Spurs.

Bernd Leno was dropped for Arsenal’s game against Norwich
(

Has Aaron Ramsdale taken the no.1 jersey off Bernd Leno? Comment below

He said: “I don’t know where they are coming from but they are ahead of me! I think I am the one who picks the team at the weekend and sometimes I read things that I haven’t decided yet.

“They give me ideas at the most but nothing else because I haven’t made a decision on my team for Saturday or imagine for the north London Derby.”

Asked why the Spaniard dropped Leno for the victory against the Canaries, he added: “That we had to change something. Aaron has come here to try to make us better. We needed a result on the day and I decided to play him. That’s all.”

Arteta was quizzed if Ramsdale would keep his place in the side against Burnley at the weekend.

But the Gunners boss says nothing has been decided and the competition for the no.1 jersey is healthy for the club as he revealed how Leno reacted to his decision to drop him.

Mikel Arteta insists the Arsenal no.1 jersey is still up for grabs
(

“Obviously for Bernd it wasn’t a pleasing communication when I told him that he wasn’t playing. But he’s a top professional and a top person.

“He should be disappointed and he should support his teammates like they all have with him every time he’s played. That’s exactly what he’s done.”

Leno is clearly pushing for an immediate return to the line-up, however, as he appeared to let his frustrations boil over in a 11v11 training game.

He could be seen shouting towards the coaching staff for not giving a free kick on Nicolas Pepe in the build-up to a goal from Folarin Balogun.