NewsGroove Uk
NewsGroove Uk > Relationship > Mike Gayle on the legacy of lockdown: I was so lucky to have my wife to laugh, cry and yell at the TV with
Relationship

Mike Gayle on the legacy of lockdown: I was so lucky to have my wife to laugh, cry and yell at the TV with


At the beginning of the pandemic, one romantic comedy setup I heard repeatedly (from fellow authors, hoping to wrangle a book deal out of the situation) was the one about the couple who meet on Tinder and have one date in real life, before (for a variety of complicated and tenuous reasons) they have no choice but to move in together because of lockdown. It’s easy to see why this idea was so attractive: it was a ready-made romcom plot. Take two fish, remove them from their water and watch hilarity ensue.

Of course, no one ever suggested a happily married couple for this kind of scenario because what fun would that be to read? And yet, over the past two years, I’ve found myself living in a gentle romantic comedy of sorts – less When Harry Met Sally, and more I’d Always Thought You Were My Favourite Human Being But Thanks to Two Years of Covid, I Now Know This for a Fact.

In the first lockdown, social media came into its own. When I wasn’t on FaceTime with friends, I was Zooming them, and when I wasn’t doing either of those we would be catching up via Houseparty (remember that?). As the weeks rolled on, however, it became clear that not going anywhere or doing anything was something of a conversation-killer. By the time we had clocked up the first month, barely anyone was interested in talking at all.

My wife Claire and I, meanwhile, always seemed to have something to discuss, whether it was guesstimates as to how long this whole thing would go on for, or telling each other anecdotes we had already shared many times across our 25 years together. We even took to conversing at length about the size, shape and solidity (or lack thereof) of our rescue greyhound’s poo (I’m sure fellow dog owners will understand). Unlike when speaking with friends, no topic, no matter how prosaic, was out of bounds with my wife. It was almost as if, unconsciously, we’d both decided that it wasn’t so much what we said in this often-terrifying situation that was important, but rather the fact that we were communicating at all, letting the other know that we were in this together.

I know that single male friends of mine found lockdown particularly difficult to handle. So much of our remote communication is functional in nature (Me: Pub? Mate: thumbs-up emoji) and we only really warm up to back-and-forth conversation in person, which, of course, wasn’t allowed. It certainly made me grateful that I had my wife to laugh, cry and yell at the TV with.

It was funny how quickly she and I adapted to a world that had changed overnight. Suddenly, date night wasn’t dinner and drinks but rather a walk around the block after dark. A romantic getaway wasn’t a mini-break in Paris, but heading up to bed early several nights in a row to make our way through back-to-back episodes of Spiral.

Several times during the various lockdowns, it occurred to me that perhaps this was a little bit of a glimpse into what our retirement might look like. I’ve always hated the idea of becoming one of those men who take up golf to avoid being around their partner. The pandemic, then, has at the very least shown me two things: that it’s highly likely I’ll spend much of my twilight years in front of the TV or reading books, rather than working on my golf swing – and that the person I’ll be doing this with will be my wife.

Mike Gayle is an author and journalist 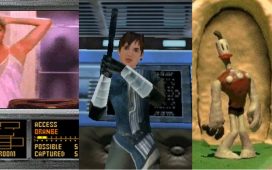