Miguel Almirón: ‘I’m desperate for the first goal. I can’t wait for that moment’


Miguel Almirón’s life has been underpinned by two constants: football and faith. He wears the latter lightly and seems almost a little shy about opening his palms to reveal the intricate ink work adorning the inside of both wrists but it explains an awful lot about his journey from steamy, sub-tropical Asunción to Tyneside.

While the Paraguay playmaker’s right arm has been inscribed with a Biblical quotation in Spanish, namely “I am the way, the truth, the life”, from John 14:6, the left bears an image of a football encircled by “El tiempo de Dios es perfecto”.

It means “God’s timing is perfect” and has helped sustain Almirón, first as a teenager told he was too frail to play professionally and, more recently, in his guise as Newcastle United’s non-scoring £21m forward.

“I’m a Christian, a believer, for sure,” says the 25-year-old as he sits chatting, through an interpreter, in a quiet corner of his club’s training ground. “I don’t go to church in England – although that’s down to the language barrier – and I don’t spend all my time studying the Bible but I do sit down and read it from time to time, just to refresh my mind.”

Perhaps a reminder that, sometimes, God moves in mysterious ways also helps reaffirm the football faith of a creator who scored freely at his previous club, Atlanta United, in the US and continues to do so for Paraguay.

His Newcastle tally of zero remains a source of frustration, yet that cold statistic is cruelly deceptive. Before Almirón’s arrival in January Rafael Benítez’s side were relegation candidates but his move from Georgia to Geordieland enabled Benítez to switch to a winning 3-4-3 formation. Once deployed alongside Ayoze Pérez and Salomón Rondón, the newcomer’s startling change of pace, sharp dribbling skills, often stunning movement and sheer hard work changed the narrative, prefacing an eventual mid-table finish.

If Benítez was unworried by the litany of near misses, deflected shots and faulty penalty area connections, Steve Bruce exhibits similar faith in a left-footed wide player still to be deployed in arguably his strongest role, as a No 10.

With Róndón and Pérez departed, the £40m Brazilian striker Joelinton struggling and the influential winger Allan Saint-Maximin injured, increased responsibility rests on Almirón’s slender shoulders but Benítez’s successor is confident he can rise to it.

“Miggy’s absolutely sensational, a top player,” says Bruce. “In 20 years of management I’ve never seen anyone cover the distances and play with the intensity he does. He’s multi-talented; once he scores one goal, he’ll score a lot.”

Ten-year-old Lucas Rochford will be among those applauding. The ballboy from South Shields touchingly consoled him following a glaring miss against Wolves courtesy of a sympathetic thumbs-up sign. Typically, Almirón implored the club to locate Lucas and invited him for a day-long reunion at the training ground.

“It was a lovely, special moment,” Almirón says. “I’m desperate for the first goal, I can’t wait for that moment … but the most important thing is that I’m helping the team create chances, results have generally been good, we’re 11th, we’re on the right track and the squad’s really together.

“It means I’m not too anxious, I’m not beating myself up about not actually scoring. I feel very much at ease at this club and in this city and I know, if I stay calm and relaxed, the goals will come. But I do think the day when I get my first one will be very happy.”

He hopes it will arrive on Saturday at home against Crystal Palace but it is not the first time Almirón has required patience. As a schoolboy in Asunción he routinely rose at 5am for a three-hour round trip across Paraguay’s capital to football training before classes.

Despite possessing abundant skill, exquisite technique and an intelligent football brain, he was small and exceptionally slight and, at 15, his club, Cerro Porteño, pronounced he would never make the professional grade.

With his mother and father earning low wages but working long hours as a supermarket worker and security guard respectively and the family home in the modest San Pablo barrio extremely cramped, Almirón felt obliged to start paying his way.

He came close to giving up football and accepting a job collecting supermarket trolleys but his parents refused to let the dream die. “I was frustrated and angry,” he concedes. “I wasn’t thinking things out properly but then I sat down and had a chat with my mum and dad. I told them that I loved football so much and I still thought I could do it for a living; happily they supported me.”

Cerro Porteño offered him a final chance and, this time, he broke into the first team. After that came a spell excelling at Argentina’s Lanús before catching Benítez’s eye in Atlanta and becoming Newcastle’s most expensive signing since Michael Owen.

Bruce has ended up the longer-term beneficiary but, if Almirón – who has bought his parents a spacious house – found his installation a culture shock, he is not letting on. “The differences between Rafa and Steve aren’t that great,” he says with a shrug. “They both have different ways of looking at the game, their own theories. Rafa’s outwardly slightly calmer and more relaxed but Steve’s very good at talking to you one to one. Essentially their message is the same; they want hard work but also for me to relax and enjoy football. If you can’t relax, you can’t play well; on the pitch you need to keep loose.”

With the thermometer plunging, that is easier said than done. “But I like the cold, I like the cold,” Almirón interjects for the first and only time in English, hallmark smile turned up to full wattage as he points, proudly, to his short-sleeved training top. “Snow won’t worry me. I’ve got five amigos from Paraguay arriving on 2 January and they want to see some snow!”

While his wife, Alexia, a former Zumba teacher, prepares a guided tour of the region for their guests – “she loves travel and sightseeing, she’s a real tourist, we’ve been to so many places,” says Almirón – much of his time is absorbed by the language lessons he began in America.

“I’m trying my hardest and I can understand a lot now,” he says. “I know speaking English will benefit me enormously but it’s difficult to loosen up enough to have the confidence to start a conversation in a new language.” What price his debut interview in English coming very shortly after that long-awaited first goal? 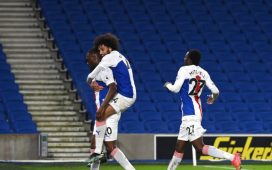 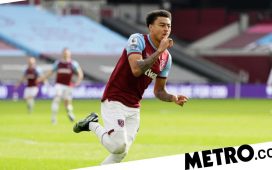 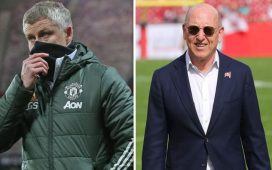 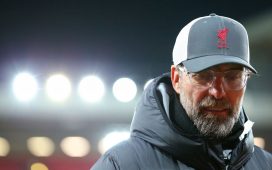