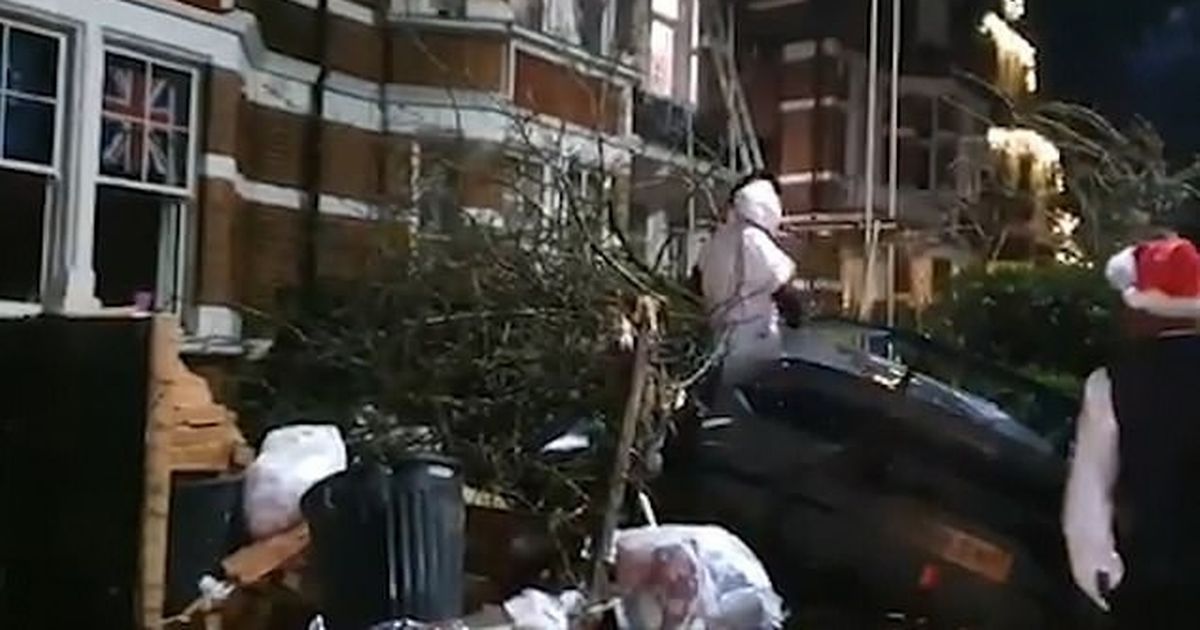 Michail Antonio will reportedly offer to pay for the damage caused to a family’s bin shed when he crashed his Lamborghini into their garden wall on Christmas Day while dressed as a snowman.

West Ham winger Antonio disrupted a family’s Christmas when he careered his £210,000 Lamborghini Huracan into the wall of a house in Balham, south London at around 6.30pm.

Antonio was on his way to West Ham’s team hotel to meet up with the rest of the squad ahead of their Boxing Day clash away to Crystal Palace .

The 29-year-old is keen to express his regret and sympathy to the family, and will also offer to pay for the damage caused by the smash, according to the Daily Mail .

Antonio was captured on video climbing out of the crashed car dressed in a snowman costume. He was wearing the festive outfit after posting a video to his Instagram page earlier in the day singing ‘Walking in the Air’.

It is understood he was not breaking any team curfew, with players having been given time off on Christmas Day to enjoy with their families.

Kia Rosina, who was in the property that Antonio crashed into, told The Athletic: “Dinner was nearly ready and then I just heard this massive bang and the whole house shook.

“There are two bin sheds out there and they’re both bricks, and they went everywhere.

“At first, I thought it was a bus due to how loud the bang was. I looked outside and then I said, ‘Mum!’ then we ran outside to see if whoever was in the car was fine.

“As soon as I heard the bang, my heart was beating fast because obviously, I was worried. I didn’t know what was happening or if the driver had hit the house but then I looked out of the window and thankfully, it hadn’t.

“When we went out, we thought the driver was going to be hurt really badly because it didn’t look good.

“My mum ran out before me so by the time I got out of the house, he (had) jumped out of the car in his snowman outfit. Once we realised no-one was hurt, we were all relieved.”

A Metropolitan Police statement said: “Police were called to Nightingale Lane, Balham, at 18.36hrs on Wednesday, 25 December to reports of a car crashed into a garden.

“Officers attended and a Lamborghini car was found at the scene.

“It was reported that it had left the road and crashed into a road sign and a garden wall. The driver did not require hospital treatment.

“There were no other reported injuries. There is no police investigation.”