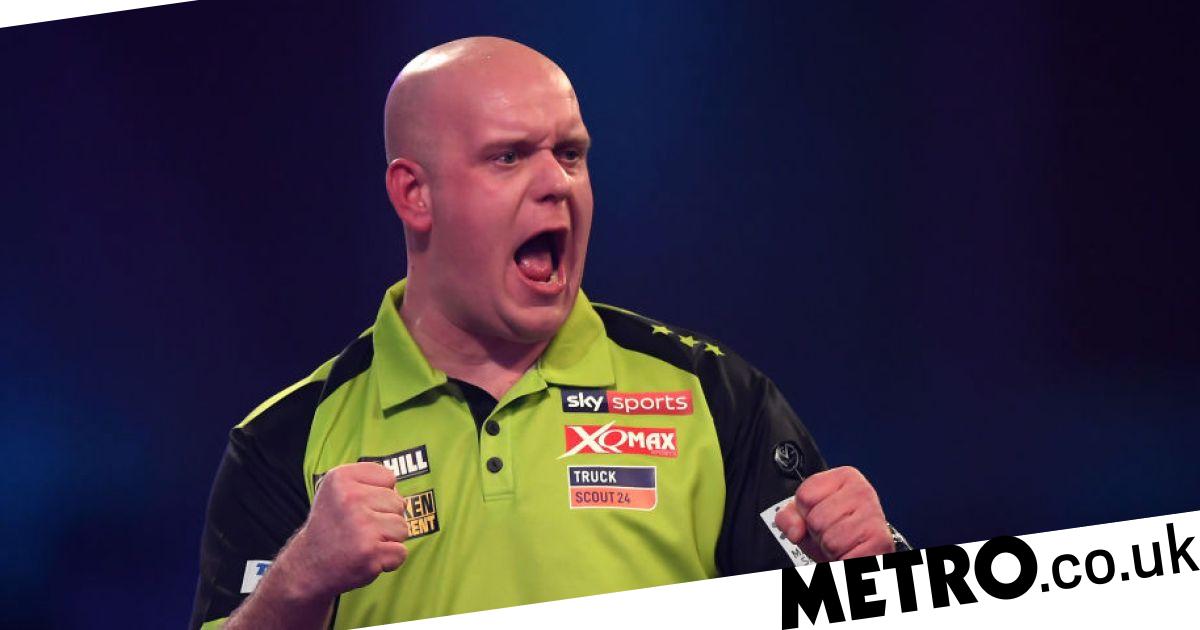 Michael van Gerwen is into the PDC World Darts Championship final but it was not an especially convincing performance from the defending champion as he stumbled past Nathan Aspinall 6-3.

It may have been reasonably comfortable in the end, but MVG very rarely found his best form, ending on an average of 96.34 and landing just three maximums, a poor return by his high standards.

Aspinall will be disappointed that he couldn’t push the world number one closer given that he was not at his peak, with the Asp ending on an average of just 92.04.

‘Of course with a win I feel phenomenal, it’s always nice to be in a final,’ Van Gerwen told Sky Sports after the victory. ‘But with that performance I’m not too happy.

‘It was hard work for both of us, it was tough. The first game dragged on a little bit long so preparation was a bit different from usual.

‘But at the end it’s most important I win the game, it was tough but I won.’

It was not a good start to the contest for Aspinall as he lost the first set on his own throw, not getting out of the blocks nearly quick enough against the tournament favourite.

However, he sharpened up shortly afterwards, breaking throw in the first leg of the second set and cruising on to win it, landing the first maximum of the match and nailing a 124 checkout.

Neither man was at their best and that was clear by the breaks of throw as MVG took the third set with the Asp first to the oche, then Aspinall took the fourth, meaning all four sets had gone against throw.

After four sets there was certainly the feeling of a big opportunity for Aspinall, with Van Gerwen having hit just a single 180, averaging in the mid-90s and certainly not firing on all cylinders by any stretch of the imagination.

The fifth set continued to meander along, going to a deciding leg when things got dramatic, Aspinall threw first and opened up with a 140 and a 180, but a Robin Hood shot from 181 and some sloppy setting up saw MVG steal in and take yet another set against the darts and go 3-2 up.

The sixth set was the first time that we saw the real Van Gerwen rear his head and things looked ominous for the Asp as the Dutchman averaged a shade under 110 to win all three legs and miss just one dart at double.

The Stockport man is made of stern stuff, though, and hit straight back with a set of sheer brilliance of his own, averaging 107.36 to win all three legs and reduce his arrears to 4-3.

At this stage each man had won 15 legs but MVG held the lead and had the throw in the next set.

Both men seemed edgy in the eighth, missing a load of doubles each and both frustrated that they were not performing as they can. It was scrappy from both, all the legs went with throw and Van Gerwen took a 5-3 lead.

The ninth and final set was more of the same, scrappy, low quality and MVG got over the line on double five to win the match.