Michael Lonsdale, the French-British actor whose best known role was the villain Drax in Moonraker but who also appeared in a string of films by auteur directors such as François Truffaut, Jacques Rivette and Alain Resnais, has died aged 89. Lonsdale’s agent, Olivier Loiseau, confirmed to Agence France-Presse that the actor had died at his home in Paris.

Bond producers Barbara Broccoli and Michael G Wilson said in a statement: “He was an extraordinarily talented actor and a very dear friend. Our thoughts are with his family and friends at this sad time.”

Born in 1931 to a British military officer and his French-Irish wife, Lonsdale and his family spent the second world war years in French-controlled Morocco, before moving to Paris in 1947. Originally hoping to be a painter, Lonsdale studied acting with Tania Balachova, and began performing in the 1950s.

His bilingual abilities allowed him to take roles in both French and English-speaking films: early roles included a priest in Orson Welles’s adaptation of The Trial (1962) and resistance member Jacques Debû-Bridel in René Clément’s Is Paris Burning? (1963). In 1968 he achieved a breakthrough with two Truffaut films: The Bride Wore Black and Stolen Kisses. In the former, he plays one of the men killed by Jeanne Moreau in revenge for her husband’s death, and in the latter a shoe-shop owner whose wife Antoine Doinel falls in love with.

Lonsdale then made inroads into mainstream Anglo-American cinema, playing the investigator on the trail of Edward Fox’s hitman in The Day of the Jackal (1973), and in 1979 the creepy Hugo Drax in the Bond blockbuster Moonraker, alongside Roger Moore.

His distinctive appearance and voice ensured he was cast in a wide variety of roles, including a masochist in Luis Buñuel’s The Phantom of Liberty (1974), embassy attache Anton Grigoriev in the 1982 TV series Smiley’s People and a French diplomat in the Merchant Ivory drama The Remains of the Day (1993).

Lonsdale was a devout Catholic, having been baptised at 22 and joining the Charismatic Renewal movement in the 1980s. He would go on to play a string of religious figures, including the abbot in the successful adaption of Umberto Eco’s The Name of the Rose (1986) and a Trappist monk in Of Gods and Men (2010), for which Lonsdale won a best supporting actor César.

READ  Why Claire Danes turned down 'Titanic'
Share on FacebookShare on TwitterShare on PinterestShare on Reddit
newsgrooveSeptember 21, 2020 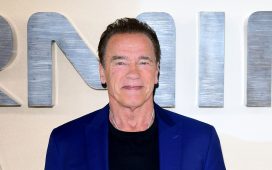 10 of the best… Pussy bow blouses