Michael Kiwanuka talks embracing the madness, growing up in London and creating his best album yet

“THIS week has been crazy. I’ve been sat here thinking, ‘What the hell?’ I don’t think it’s going to sink in for a while.”

Michael Kiwanuka greets me with a warm welcome. But he admits to being in a sense of shock after dazzling reviews for his third album, Kiwanuka.

“We were so overwhelmed we had to go back and listen to the album again,” his manager Rob tells me. “We’ve been blown away by all the feedback.”

It is three years since Kiwanuka had a No1 record with Love & Hate, his second album that featured the brilliant Cold Little Heart, the theme to HBO series Big Little Lies, starring Nicole Kidman.
This third album is his best work yet — and a contender for Album Of The Year. We meet in Berlin, where Kiwanuka is gearing up for a day of radio interviews and promotional work. Likeable and outgoing, there are no airs and graces about the 32-year-old.

“Longevity and being a true artist is everything I dream of,” Kiwanuka says.

“It’s about realness for me. My music doesn’t need to be part of a trend. It’s just in its own lane. As a teenager, I’d read about bands’ and artists’ long careers and it became the dream, to strive for it. That’s why this week has been a bit overwhelming. It feels like it’s the first steps of that.”

Kiwanuka admits making this album was a personal journey: “It’s been a therapeutic album for sure,” he says with a smile. “I’ve had anxiety before but this time I had anxieties of a different kind. I’m 32 and I knew I had to tackle my worries properly or they were going to remain.”

He continues: “I guess it’s about identity, fitting in and finding the confidence to enjoy it. I always use football analogies. I’m a big Spurs fan. Dele Alli has been struggling but last Sunday he scored and for ten minutes he was back to his old self, with that confidence and we saw him again.

“I’ve just had to get used to feeling right about my part in music, as there are high standards wherever I go. Sometimes I find it suffocating and I find everything nerve-wracking and wonder if I am good enough or if I can keep up. It’s like imposter syndrome. It’s the same self-doubt or not fitting in that I’ve had all my life.”

Born and raised in Muswell Hill, North London, Kiwanuka’s parents left Uganda in the Seventies to escape the brutal regime of Idi Amin. He says: “In Muswell Hill, I was the black kid and would wonder who I am.

READ  John Lennon ‘PUNCHED me, so I hit him back’ – Terri Hooley on fight with The Beatles star

“I thought Uganda was where all the black people live and I wanted to be with the black guys. Then, when I went to visit, it wasn’t like that.

“I was the English kid and still wondered who I was. Then I’d watch loads of music documentaries and one of the reasons I wanted to become an artist was because I thought I’d finally fit in. It’s only now, as a creator, I’ve learned to embrace it. That is definitely a blessing in disguise.”

Lively opener You Ain’t The Problem was the track that set Kiwanuka on his way with the album. He says: “It took three or four hours before I had something to present to the other guys. It just felt right, yet I was singing about all the things that make me nervous in the studio. I had all these insecurities that had caused problems before that. That song sounded good and it was fun doing it.

“It’s such a different type of song to what I’d done before and from there, lyrics just flowed and ideas were coming. Song after song was being completed.”

Kiwanuka recorded the album in London, Los Angeles and New York. The Big Apple, in particular, was a major influence.

“That city,” he says, beaming. “The pace — everything looks like a film. It makes me feel like a kid. I kept thinking how privileged I am to be in New York making a record. It is so diverse there. I actually find myself cherishing that, as a musician. Everyone has this tough exterior but it’s not rudeness. It’s that people are busy with things to do. They’re fired up doing their thing. The pace keeps your wits about you. I loved it.”

While the opening track finds Kiwanuka coming to terms with his insecurities, single Hero reveals him coming full circle, his fears now all gone. He says of Hero: “The first line, I ask, ‘Am I a hero now?’ Like, ‘Do I have to be a certain person or brand for people to really sit down and listen to my music or come to a gig?’

“When I first started out, I didn’t understand that side of it. I had no ideas about branding and aesthetics. I knew what I liked and that was it. It’s also partly inspired by (US civil rights activist) Fred Hampton from the Black Panthers, who to me is a hero.

“He died young (murdered at 21) and it made me think how people with loads to give in life can die really young — and other people who have nothing to bring live ’till they are old. So that song is about dying a hero too.”

Kiwanuka produced the new album with American Grammy winner Danger Mouse (Brian Burton) and Londoner Inflo, the same team behind Love & Hate. Kiwanuka turned to them when he scrapped an entire record, called Night Songs, which should have been his second album.

He says: “Brian’s a very mellow, relaxed guy. Very softly spoken. I trust him. He’s very clever and rarely wrong. Funnily enough, that is one of the things that intimidates me about him too. And working with the same team at my label, I found a new respect.

“I was in a safe area and I knew I was making good music. So those anxieties from before Love & Hate, when I scrapped the album, had gone. The success of Love & Hate gave me a new confidence. This marks a new chapter for me.”

Since his last release, the singer-songwriter has married Charlotte, “become a dad” to a Labrador called Whisky and left the capital for Southampton. Songs including Hard To Say Goodbye and the beautiful Piano Joint reflect those changes.

Kiwanuka says: “Things have been great since I got married. I don’t need to look for acceptance as much because she has my corner. When we first met it was tough, as the work-life balance is difficult in this business.

“I’d always be off somewhere but that’s why we like living outside London — because we can have quality time. I want to do it the best way and make sure I can do it. It means I’m closer to my family, too. I think we will have our own family soon but until then we have the dog, who loves bouncing around like a maniac. He’s good. For a young puppy, he’s pretty well-behaved, even though he’s about to become a teenager.”

The third album’s title is a source of real pride for Kiwanuka’s parents. “They love it,” he says happily. “They are so pleased with the name. I did get shy about using it halfway through. But then I decided to stick with it and everyone’s happy because being secure in myself and with my name is the whole point of the album.

READ  Peter Andre: ‘I remember praying to God: please get me through this day’

“I have this new respect for my parents. Coming to London from Uganda I think, ‘How the hell did Mum hold down two jobs, sort out me and my brother and my dad and everything and not break a sweat?’

“And English was her second language! My mum was clever in that we lived in Muswell Hill. Me and my brother, as young black boys in London — even though we found it hard because we stuck out like sore thumbs – the environment gave us opportunities. She knew that.

“If we’d lived in another part of London, it may not have been the same for us, as there is a pressure on young black men and women. You can be so easily led astray because of how little there is. There are less opportunities and you are cornered off and have to battle against the odds. My brother and I are doing OK now and I put that down to my mother and how she raised us in Muswell Hill.”

Emmerdale’s Mandy and Vinny are LOVERS not mum and son, say horrified fans

Carol Vorderman, 58, is fresh-faced as she wraps up her famous curves

Keanu Reeves, 55, goes public with his first girlfriend in DECADES

As well as Big Little Lies, Kiwanuka’s songs have cropped up in big-budget US telly series Atlanta, Empire and When They See Us. Writing a full soundtrack for a film is another target for the ambitious singer. He confirms: “I would love do it. That would be a dream come true.”

For the rest of the year, though, Kiwanuka he will be out playing his new songs — “Touring is my comfort zone,” he says — and getting used to the fact he has just released of THE albums of 2019.

“Just the response,” he marvels. “To be spoken in the same sentence as Nick Cave’s outstanding album (Ghosteen) this year is humbling. The last album Cave made (2016’s Skeleton Tree) was brilliant as well. Being in the mix with a true artist like him is the thing I have dreamt of. It’s the same with life. Instead of trying to contain it, you have to embrace the madness. And that’s what I have done. It’s been tricky but I really think this album is the start of what’s to come.” 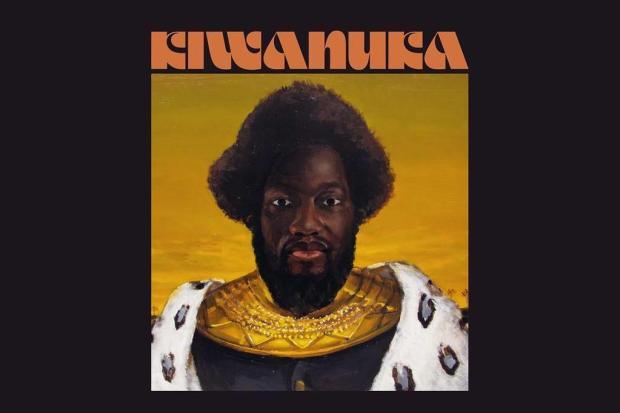