THE Met Gala returned tonight after Covid caused the 2020 event to be canceled.

The festivities got underway at 5:30pm and stars quickly began arriving on the red carpet.

Considered fashion’s biggest night, A-list guests from music, film, TV, and beyond are encouraged to embrace the theme of the new exhibition each year as they slowly make their way up the museum’s stairs.

Interpretation is everything when it comes to how they dress and how they enter, but the official dress code this year is “American Independence,” which leaves plenty of wiggle room for interpretation.

Ahead of this year’s event, it has been revealed Khloe Kardashian was “banned” from the Met Gala for “being too C-list”. Vogue’s Editor in Chief Anna Wintour is said to regard the reality TV favorite as “too C-list” for the red carpet. 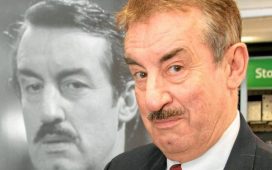