Merchandise and Streetwear: Two Sides of the Esports Apparel Market 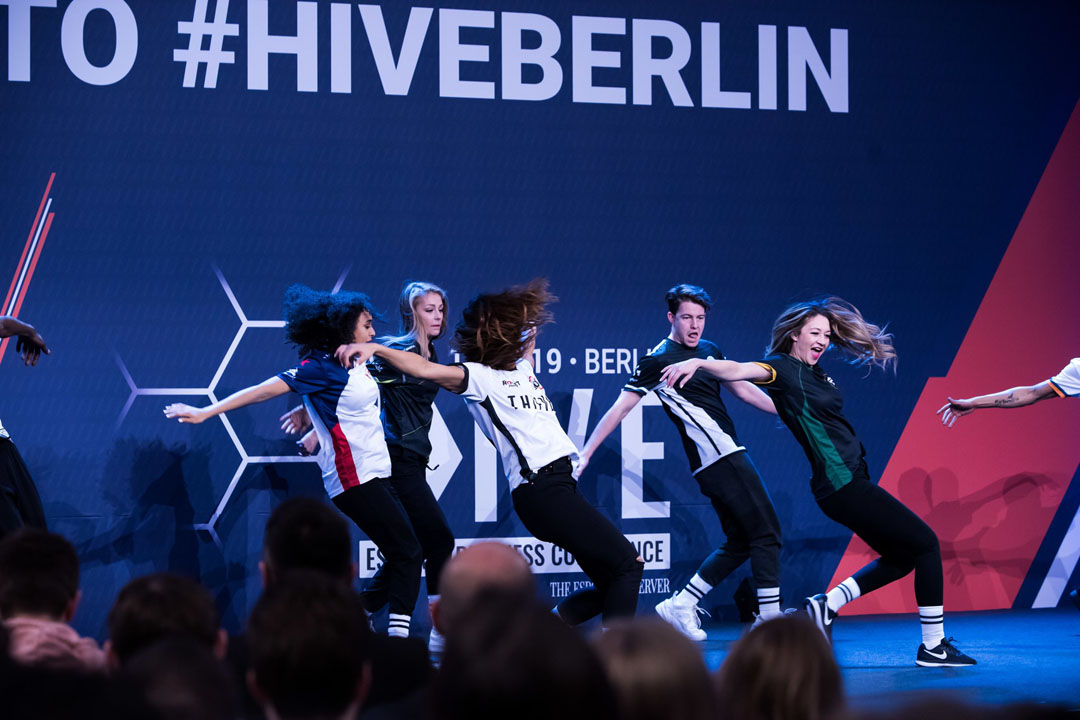 Advertorial – this article is sponsored by We Are Nations and Meta Threads.

The esports apparel market has experienced significant growth in recent months. Between an increased retail presence, league-level merchandising deals, and multiple new partnership announcements, esports specific merchandise and apparel is in higher demand than ever before.

“It’s accelerated extremely fast,” We Are Nations CEO Patrick Mahoney told The Esports Observer. Earlier this year, We Are Nations

(LCS), which has contributed to the company’s rapid growth.

“The LCS has been a great example of what a league could look like for us. It behaves like any other sports league. Within the season there is a lot of anticipation – we had sales spikes based on rivalries and other topical things that happened, which culminated with St. Louis (LCS Spring Split Finals) and a very traditional-looking finals in terms of merchandise. There was championship merchandise available immediately online, and those products were shown on the broadcast…it was all very much what you see in traditional sports.” 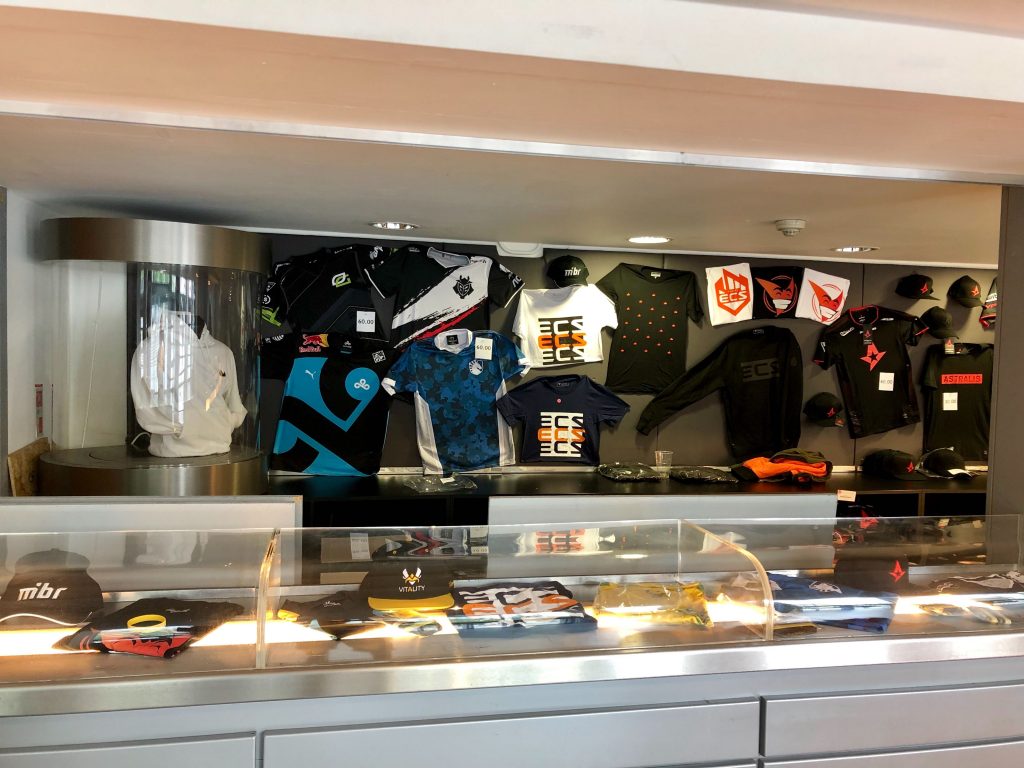 Credit: We Are Nations

“Those guys will tell you, especially on the traditional sports side, that merchandise isn’t necessarily a core competency…so that’s where Nations comes in. As we build out our market, as we find new ways to sell, we’ll be able to go to teams and say – and this is not necessarily uncommon in traditional sports – ‘look, you guys want to run your own web store, that’s great…We’ve identified and created these other markets that you should be participating in.’”

The introduction of traditional sports models has also facilitated one of the biggest recent growth drivers for esports apparel: interest from retailers. In May, We Are Nations partnered with Walmart, becoming one of the first merchandise companies to participate in the retail giant’s online Esports Fan Shop, a deal which now also includes jerseys for all ten LCS teams.

With the launch of its shop, Walmart became one of the first big-box retailers to participate in the esports space, a move which Mahoney feels can benefit the industry as a whole. “It’s net positive,” he said. “Walmart being this major retailing force, they’re seeing something in their data that’s making them react to esports, so that’s good for everybody, certainly.”

While merchandise and fanwear is the focus of Mahoney and his team, he explained that it is one of two schools of thought that has developed regarding esports apparel. The second is the emergence of lifestyle brands, similar to the relationship between Billabong and surfing culture. “I’ve always seen a parallel between esports and surf and skate in terms of the fact that the fans that are watching the pros are also playing themselves in the amateur ranks,” Mahoney said. 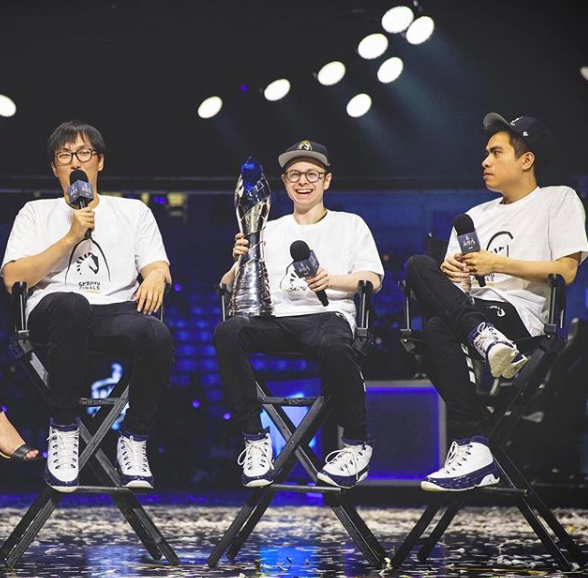 and its CEO Steve Nabi. “As far as merchandise goes…it’s a direct representation of a brand or identity,” Nabi said. He explained that as the esports industry gains more visibility, apparel becomes more of a focus for brands and teams as a way to establish their identity.

“I think it’s important to have identity in every subculture. Right now, in terms of fashion, there’s just so many changes and I think everybody is in tune just with how everyone is intertwined through social networks. Trends are more on a mass scale.”

Historically, apparel targeted at gaming enthusiasts has focused on obvious iconography that clearly identifies the wearer as a gamer to any passerby. Nabi said that his goal with Meta Threads’ esports streetwear is to create garments that are visually appealing and are authentic to the community, but can also be worn in daily life without being so specific. “You have almost this secret bond with anyone you see wearing it.”

According to Nabi, the desire for streetwear among esports audiences is already apparent. “If you look at top tier influencers,” he said, “esports players that are on professional teams, you look at what their wearing and that’s a good depiction to really show you that they are in tune with what’s fashionable and trendy. They are wearing brands that are streetwear-based brands that are notable. There is definitely a lot of crossover and direct correlation, but what we’re trying to do is offer something that is unique to our sub-culture and create a connection with our audience.” 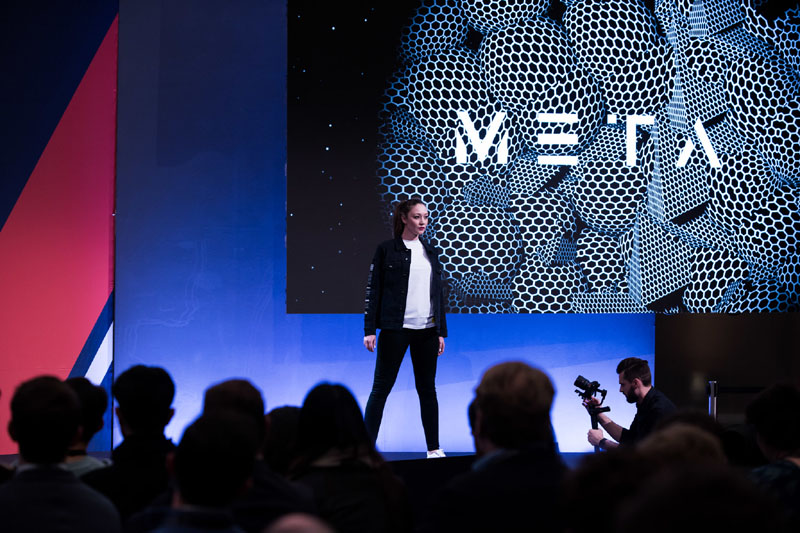 Nabi said that the goal for Meta Threads is to “build a globally recognized gaming lifestyle brand.” To do this, the company is working to grow its presence as part of the esports community. “It’s really about being authentic,” he said. “For us, we love to just build positive relationships in the space and connect with as many individuals as possible.”

Meta Threads accomplishes this in a variety of ways including attending events to engage directly with the esports audience, as well as hosting its own competitive tournaments, which are broadcast live on Twitch

. “A lot of our R&D comes from our interactions with people in the community.” 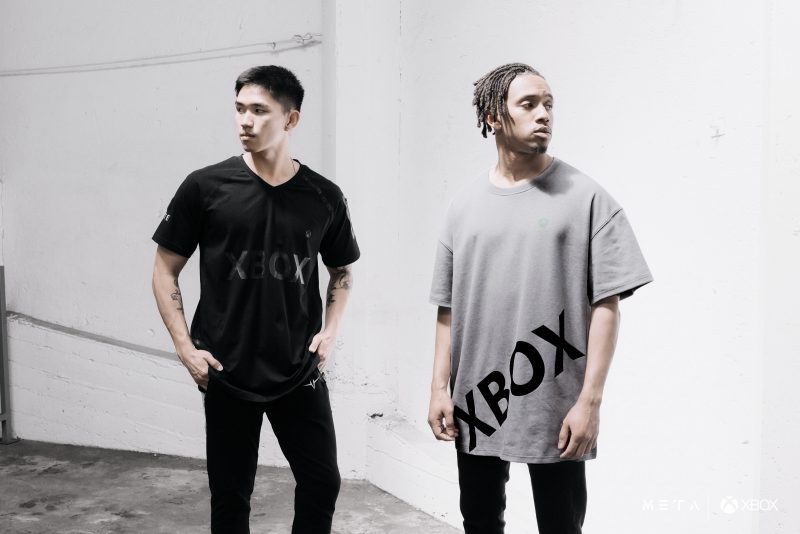 As the esports industry continues to grow, both merchandise and streetwear will play a role in the expansion of the apparel market. Looking forward, Nabi echoed Mahoney’s thoughts regarding the positive impact of major retailers like Walmart engaging with the space. Meta Threads has also moved in that direction recently, becoming a vendor with major specialty apparel retailer Zumiez, which operates 698 store locations internationally.

“It’s really great to see these initiatives starting off. It’s good to see that mainstream retail buyers are taking notice of the industry. I think that the more we have everyone in the space paying attention to the quality and detail that they place onto their merchandise program, I think it’s better for the community as a whole.”