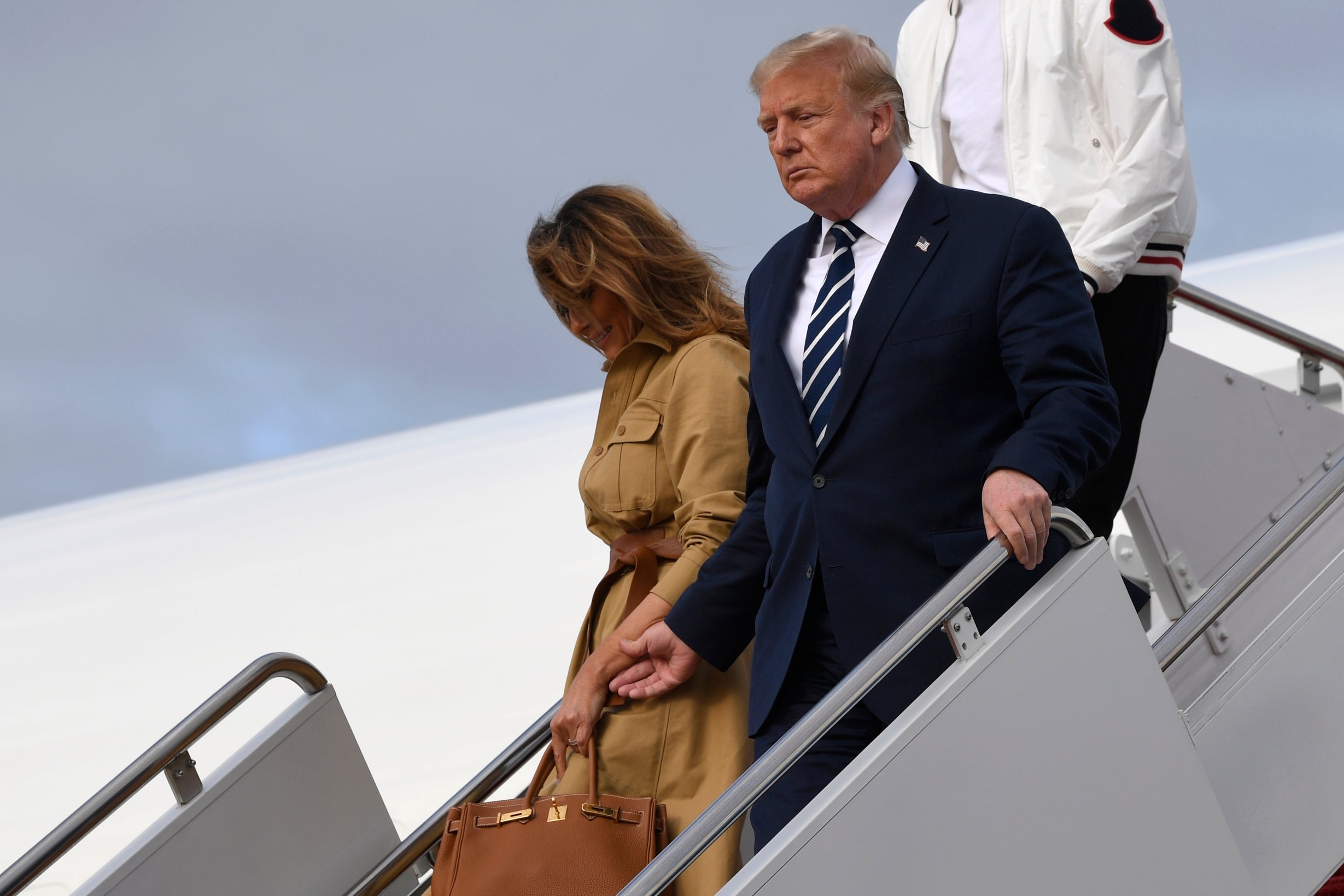 Melania Trump was filmed appearing to refuse to hold her husband Donald’s Trump’s hand as the couple stepped off Air Force One.

The footage shows the First Lady, 50, trying to hold her dress down in the wind as she descends the steps of the presidential plane in high heels.

She then moves her arm away as Mr Trump, 74, tries to grab it. The president seems to make another attempt before placing his right hand on her lower back instead.

The First Lady’s actions were seen as a snub by some social media users.

Sharing the video, one wrote: “How unpopular is Donald Trump? Even Melania has stopped pretending she gives a damn about him.”

However, others disagreed, saying she was simply trying to manage her dress in the windy conditions. One user wrote: “Or she’s trying to keep her dress down from wind. But you keep doing you.”

The couple had been flying from New Jersey with their son Barron, 14, to Joint Base Andrews in Washington DC.

This is not the first time the First Lady has appeared to give her husband the cold shoulder in public.

She swiftly pulled her hand out of Mr Trump’s grasp while they stood on the field at a College Football Championship in New Orleans in January before singing the National Anthem.

The First Family returned to Washington DC on Sunday, after the president’s brother Robert died on Saturday at the age of 71 in a New York City hospital.

Donald Trump had visited him in hospital the day before. He later said in a statement: “He was not just my brother, he was my best friend. He will be greatly missed, but we will meet again.”

Robert Trump’s cause of death has not been disclosed. The businessman reportedly spent 10 days in the neurosciences intensive care unit at Mount Sinai Hospital in Manhattan in June.