Megan Rapinoe and Sue Bird are engaged! USWNT soccer star pops the question to WNBA legend in swimming pool after four years together

Sue, 40, who is a star in women’s basketball, made the big announcement with a romantic Instagram picture this Saturday.

In the snapshot Megan, a 35-year-old women’s soccer legend, could be seen getting down on one knee to propose to her longtime love. 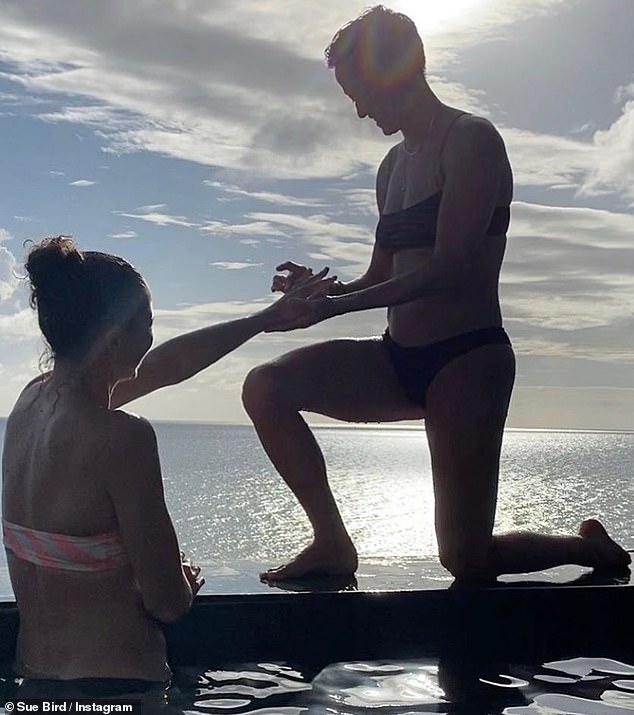 So romantic: Megan Rapinoe and Sue Bird are engaged, the latter announced on Instagram this Saturday with a picture of the former proposing

Megan and Sue became an item in the second half of 2016 but waited until the following summer to go public with their romance.

Sue’s Instagram announcement showed her standing in their swimming pool as Megan knelt on the rim and placed the ring on her new fiancee’s finger.

Their engagement began against a dazzling ocean backdrop and they were bathed in sunlight that threw them into near silhouette.

Megan previously got engaged to singer Sera Cahoone in 2015 but they ultimately broke up, and she has also dated her fellow soccer star Sarah Walsh. 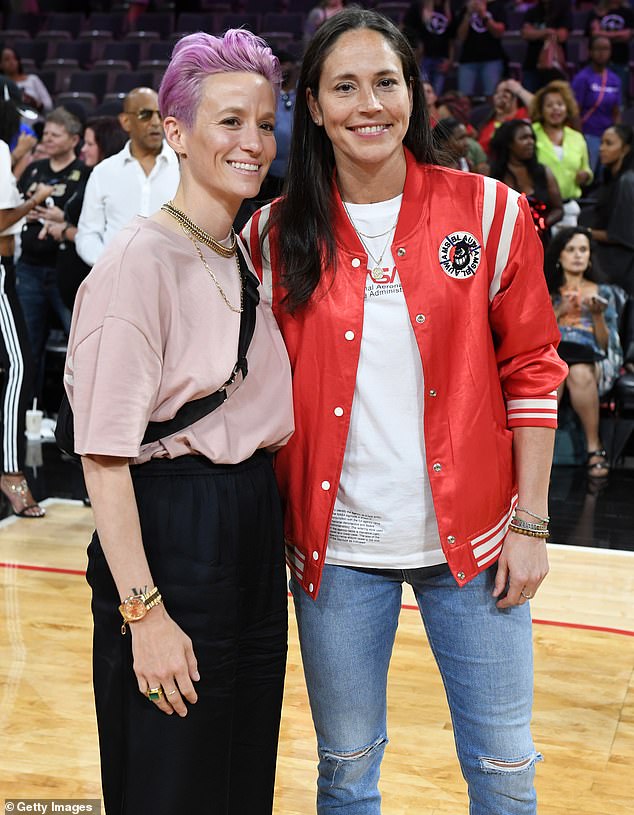 Longtime love: Megan and Sue became an item in the second half of 2016 but waited until the following summer to go public with their romance; pictured last year

While Megan announced she was a lesbian in Out way back in 2012, Sue came out of the closet only when she and Megan went public as a couple.

A couple of years ago Sue explained to the Seattle Times: ‘I think a lot of people who were like me at the time felt: “Yes, I was living my life, but I don’t have to come out publicly.” You kinda say, ‘Well, straight people don’t have to come out.” I understand now that’s not necessarily the right way to look at it.’

She revealed to the newspaper: ‘Megan and I would have conversations about it, and she opened my eyes to another way of looking at it, which is that in today’s time, in today’s society, it’s still important to kind of say it to make it the norm.’ 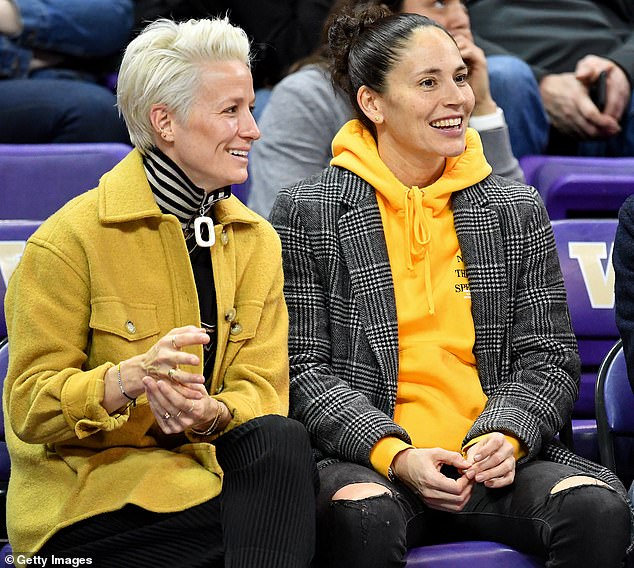 Different journeys: Sue came out of the closet publicly when she and Megan went public as a couple; the duo are pictured together last year

Sue also described Megan as ‘very attentive’ as well as ‘very selfless in the relationship’ and ‘very willing to give of yourself.’

Megan’s proposal comes just weeks after Sue’s team the Seattle Storm won the WNBA championship, the fourth time they have done so.

Sue became a player for the Storm in 2002 and all four of their championship wins have occurred since she joined the team.

Between the two of them the power couple have a grand total of five Olympic gold medals – four for Sue and one for Megan. 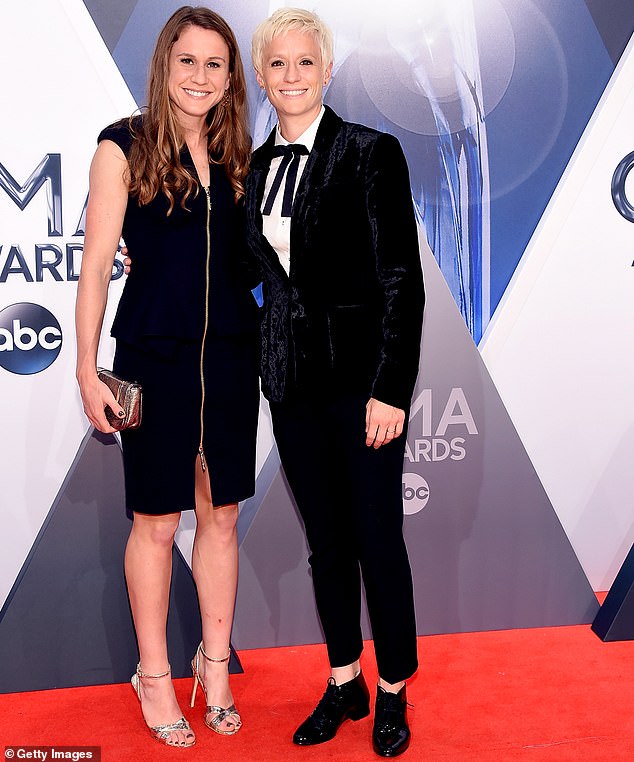 The way they were: Megan previously got engaged to singer Sera Cahoone in 2015 but they ultimately broke up; they are pictured in November 2015 at the CMA Awards in Nashville

OED Word of the Year expanded for 'unprecedented' 2020