She has been in a number of reality shows over the years.

But Megan McKenna shocked fans on Friday as she revealed one of her first TV appearances was a cameo in The Inbetweeners when she was 16-years-old.

The former TOWIE star, 27, shared throwback snaps on her Instagram stories of her brief appearances in the cult Channel 4 sitcom. 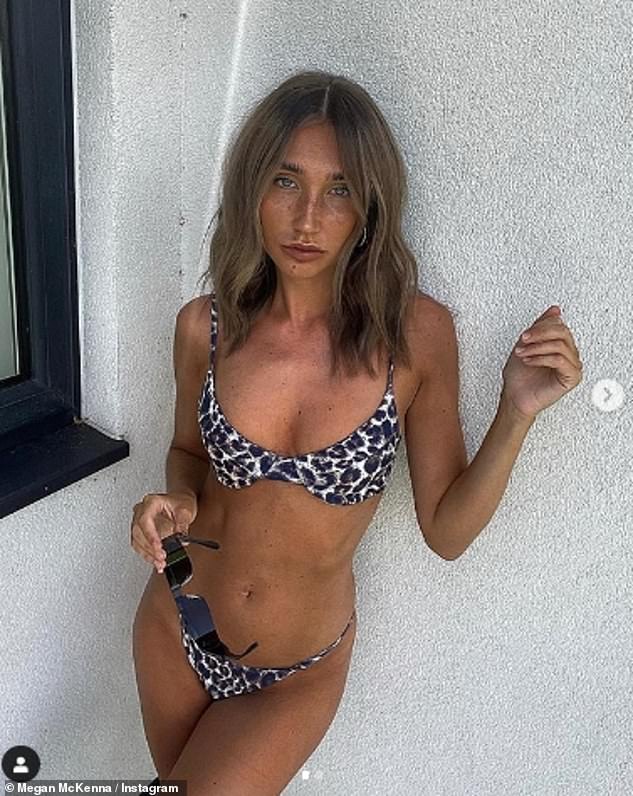 Who knew: Megan McKenna shocked fans on Friday when she revealed she was an extra in The Inbetweeners

The X Factor Celebrity winner appeared in the promotional photo alongside the protagonist Will, played by Simon Bird, for the second series of the comedy.

Megan also revealed she also had a brief appearance in an advert for the show in a scene with Jay, played by James Buckley.

Megan had been watching the show on Friday and said: ‘Best show ever. Simon’s my favourite by far, and the teacher.’ 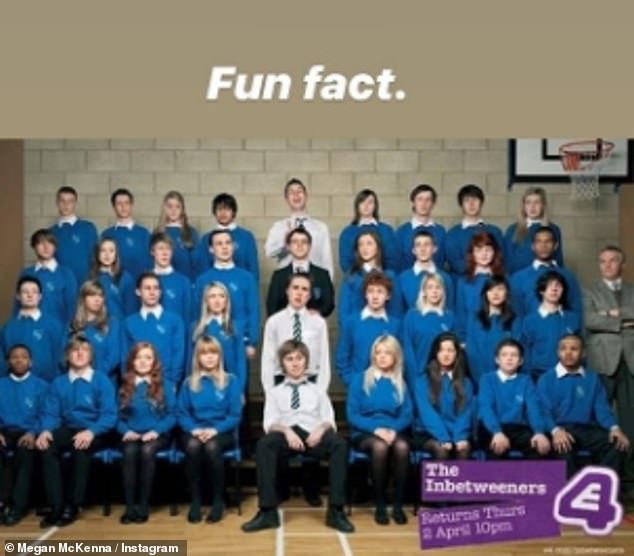 Fun fact: The reality star took to her Instagram stories while she watched an episode of the cult sitcom to share her secret 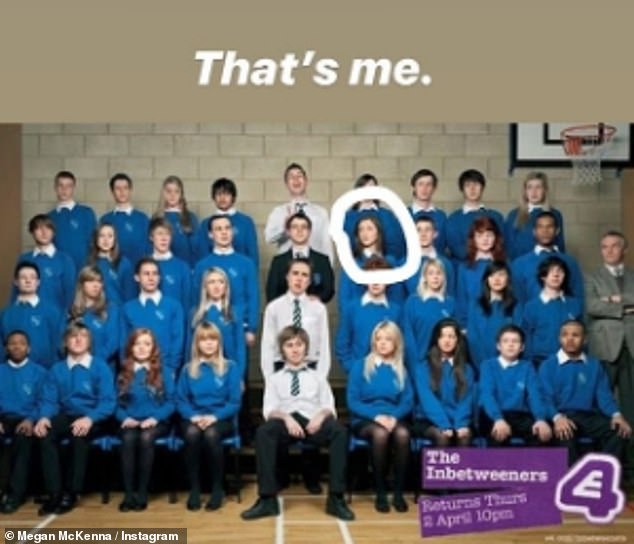 Young star: The X Factor Celebrity winner appeared in the promotional photo alongside the protagonist Will, played by Simon Bird, for the second series of the comedy

She then went on to share the ‘fun fact’ of her cameo at a time when she attended a theatre school.

Megan said: ‘Oh I do love a throwback, why was I so cute back in the day? What happened?’

The reality star then shocked fans again with the revelation that she was an extra on the set of Harry Potter. 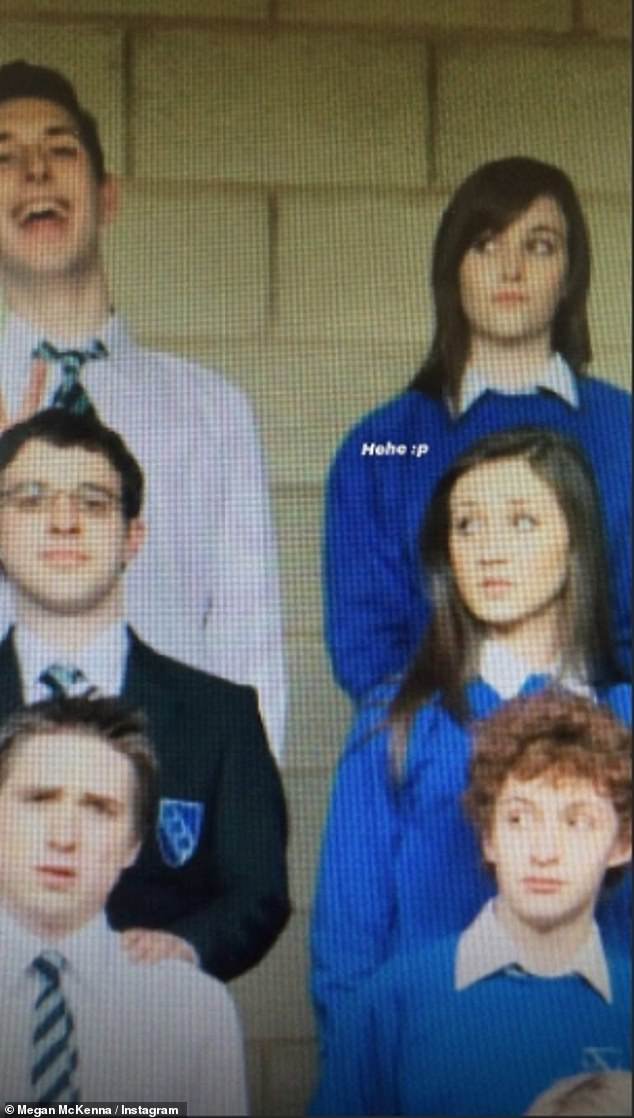 Cameo appearance: Megan would have been aged around 16 at the time of the brief appearance in the show

She said: ‘Another fun fact is I was in two of the Harry Potter movies as an extra, but I was also a quidditch player for the Gryffindor tryouts so I had a double and everything.

‘I got to go to the set and look at the green screen and go to the quidditch ground.

‘It was part of my full-time schooling, I went to theatre school and we all had to study there and go off to set and film. 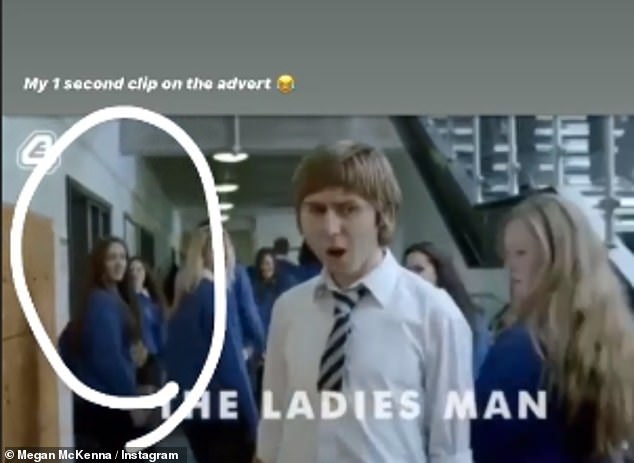 Fleeting: The future TOWIE star had a cameo in the trailer for the second series of the Channel 4 show

‘I did a Hannah Montana advert on the Disney Channel, and one for the Cheetah Girls. I really had the best time at school – anyone who wants to go to theatre school I highly recommend, it’s the best time of my life.’

Over the years, Megan has appeared on a number of reality shows, reaching the semi-finals of Britain’s Got Talent in 2009 and auditioning twice for the X Factor where she reached bootcamp both times.

The star went on Ex on the Beach in 2015 before joining Celebrity Big Brother and TOWIE as a full-time cast member. 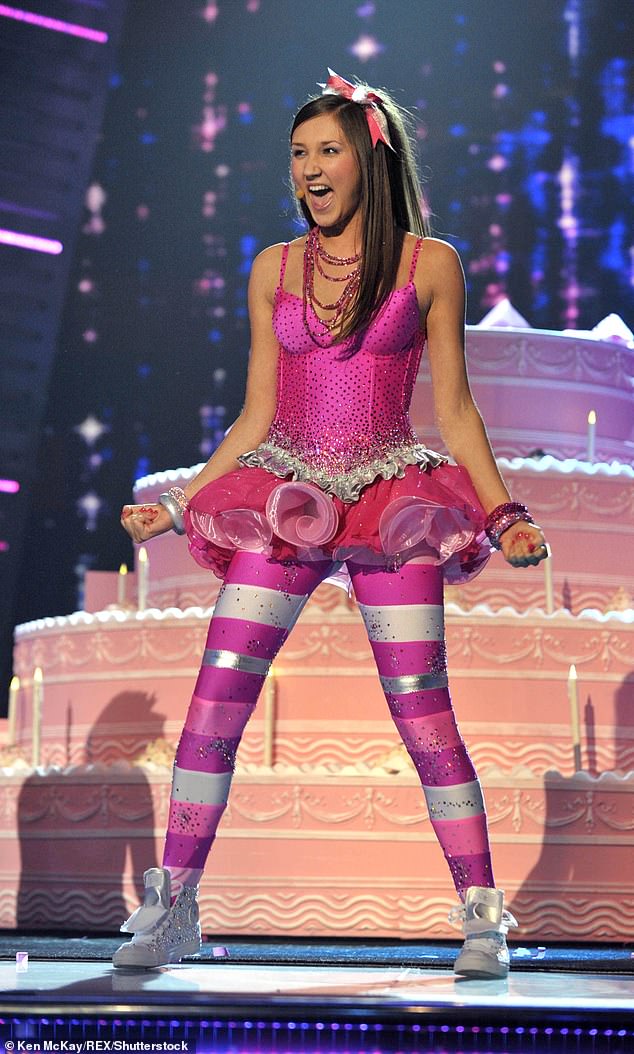 Finding fame: Megan went on to reach the semi finals of Britain’s Got Talent in 2009 as part of the music duo Harmony

Megan recently had her followers in stitches with her TikTok debut which saw her recreating her iconic tantrums from her stint on Celebrity Big Brother.

She dressed up in a tracksuit, hoop earrings and a camo-print baseball cap, attempting to emulate her former wild-child self, as she mimed along to a recording of one of her diary room outbursts.

Mascara running, she ranted about the food she was being provided, which happened during her stay in the famous BB house during the 2016 season, which turned out to be one of the most iconic of all time, featuring the infamous David’s Dead mix-up.

She was seen throwing a hissy fit, having been asked to eat ‘crackers and figs’ while on rationing.

The voice of Big Brother was then heard saying: ‘Megan, the meals Big Brother has been providing during the task have been nutritionally balanced.’

To which Megan replied: ‘Are you joking? How the f**k are three crackers and one stupid fig nutritionally balanced?

‘Answer me that Big Brother. Three crackers and a f**king fig?’

Despite the tiff only happening four short years ago, Megan captioned the video: ‘Damn I was cray back in the day!’

She added: ‘It’s official. I have tik tok! Well. It was only a matter of time. ONLY FUN PEOPLE ALLOWED PLEASE. Go follow me @meganmckenna #tiktok #meganmckenna’ 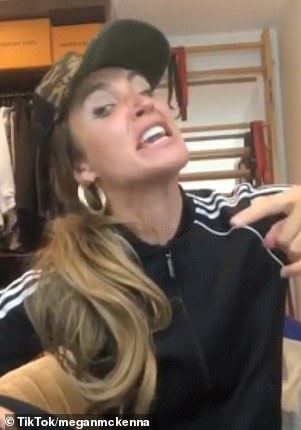 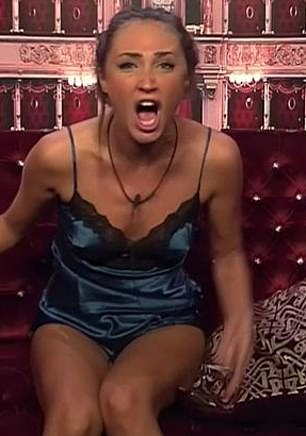 Copycat! Megan recently made her debut on TikTok by recreating her iconic tantrums from her stint on Celebrity Big Brother

2020 TV premieres: Here's when your favorite show returns, and your new addiction starts

Zoe Kravitz’s High Fidelity series cancelled after only one season