Mauricio Pochettino 'may have left' if Tottenham won Champions League 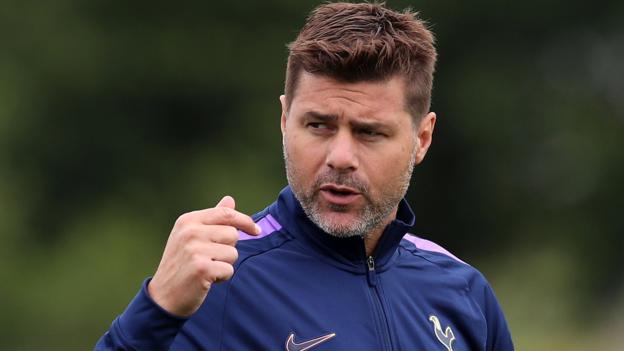 Tottenham manager Mauricio Pochettino says he may have left the club if they had won the Champions League.

The Argentine led Spurs to their first final in June, where they were beaten 2-0 by Liverpool.

Pochettino said prior to the game that he might need to “think about doing something different” should Spurs win.

“If the result had been different, maybe you can think it is a moment to step out of the club and give it a possibility for a real new chapter with a new coaching staff.

“But, to finish like this? I am not a person who won’t face problems or avoids difficult situations.”

Put to him that many managers would have taken the alternative view, and stayed with the club if they had won, Pochettino said: “I agree with you.

“But I know Tottenham. It is not the same as another club.

“Myself and the coaching staff are not the same, no better or worse, just different. That is a normal mindset but we are getting results with ours.”

Kane – ‘Some league defeats were unacceptable’

Tottenham finished fourth in the Premier League last season, a fourth top-four finish in a row for the first time since the 1960s.

And, although they lost 13 times last season – including by Burnley, Southampton and Bournemouth – with their stadium move complete, striker Harry Kane sees no reason why Spurs cannot be successful.

“We know we could have done a lot better in the league last season. There were certain games that were just unacceptable from our point of view, so we need to try to be more consistent. That’s the key.

“Over the past five years or so we have built to this moment. The aim five years ago was to be playing Champions League football in the new stadium.

“Of course, we went a lot further than expected. But we’re there now, in our stadium – everything is now in place to now build and progress. That’s down to us, there’s no excuses.”

Tottenham are in Singapore for pre-season and will play Juventus on Sunday.

Midfielder Christian Eriksen trained on his own after having a minor groin procedure in the summer, while goalkeeper Hugo Lloris was missing with tonsillitis.

Full-back Danny Rose did not travel with the squad to Singapore, while Kieran Trippier’s move to Atletico Madrid was confirmed on Wednesday.

Spurs previously said Rose has been granted time off “to explore prospective opportunities with other clubs”, along with Vincent Janssen and Georges-Kevin Nkoudou.

“Danny is our player. We are dealing with the club and the agents,” Pochettino said on Friday with the left-back linked with Paris St-Germain and Schalke.

“They need time to sort it out. In 10 days, we will go back to London, if he is there he will be normal with the team.

“The club agreed a deal. I wasn’t involved in the discussion in the last week.”