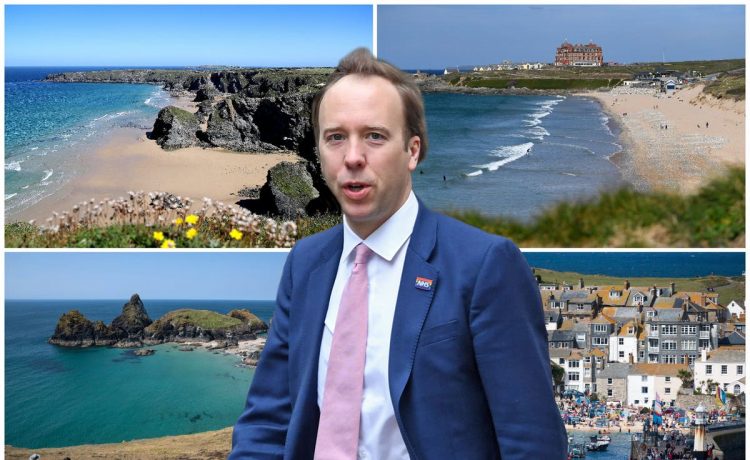 The Health Secretary is appealing to about two million people in the four top priority groups, including those 70 and over, who have still not had the vaccine to do so as the Government races to offer it to all of them by Monday, before extending it increasingly to younger people.

He also sought to clear up confusion, sparked by the Government, over whether summer breaks will be allowed.

Admitting there was “uncertainty,” he told BBC Breakfast: “We want to make sure that everybody can have a holiday this summer and we are more likely to all be able to, and it’s all more likely to go well, if the vaccine roll-out continues to go well — as it has so far gone incredibly well.”

Some 15 million people are in the four groups and around 13 million have had the jabs, which will be increasingly extended to people aged 50-70 and vulnerable individuals in coming weeks.

“Amongst 75 to 79-year-olds — people in their late seventies — uptake has been 96 per cent, it is absolutely incredible,” Mr Hancock added.

“However, every extra percent reduces the number of people who are not protected and that is crucial to how effective the overall roll-out is.”

Britain is a world leader in Covid vaccinations but the Government was caught in yet another row today after ministers sent out mixed messages over whether holidays, currently illegal under lockdown rules, would be permitted in the summer. Mr Hancock has told how he has already booked a summer break to Cornwall.

Emphasising how key the vaccine roll-out is, the Health Secretary told LBC Radio: “I absolutely hope for a great British summer and I’m working incredibly hard to try to make sure that that can happen and the best part of that is the vaccine roll-out, which is our route out of this.

“The vaccine roll-out is going very well, over 13 million people now have been vaccinated and that’s our way out of it. That’s the way to a more safe and more secure future when you won’t have to ask the Health Secretary whether you can go on holiday or not.”

In other developments:Sir Jeremy Farrar, director of the Wellcome Trust and a member of the Government’s Scientific Advisory Group for Emergencies, said Britain can beat the virus to avoid any more lockdowns by getting “population immunity” with the vaccine roll-out, including for schoolchildren.

However, he also warned against easing lockdown too early, stressing: “There are 750,000 people today in the UK infected [with Covid-19], there’s still huge pressure on the NHS and on critical care in this country.”

Professor Lawrence Young, a Warwick University virologist, told LBC:  “I’m hoping that come the end of the year, we will be as close to normal as possible. I anticipate there might still be some restrictions as we go about our daily business but I’m thinking that if we can achieve the goal and get every adult vaccinated by the autumn, we will be in a much, much better position.”

However, Professor John Edmunds, epidemiologist at the London School of Hygiene and Tropical Medicine, said it is “touch and go” whether secondary schools can go back without pushing the R rate above one, which would mean that cases would rise again.

He told ITV’s Peston show that the new Bristol variant made him “very” cautious about opening all schools.

Professor Sharon Peacock, director of the Covid-19 Genomics UK consortium, told how scientists could be battling Covid-19 for at least 10 years and that the Kent strain would “sweep the world, in all probability”.

The professor of public health and microbiology at Cambridge University’s Department of Medicine made clear the threat from the virus would be hugely diminished as vaccines are rolled out, medicines improve and people understand how social distancing can combat it.

She also explained that the virus may change to no longer be fatal or cause serious illness, though scientists would be working on its transmissibility for a long time.

“Once we get on top of [the virus] or it mutates itself out of being virulent  then we can stop worrying about it. But I think, looking in the future, we’re going to be doing this for years,” she told the BBC.