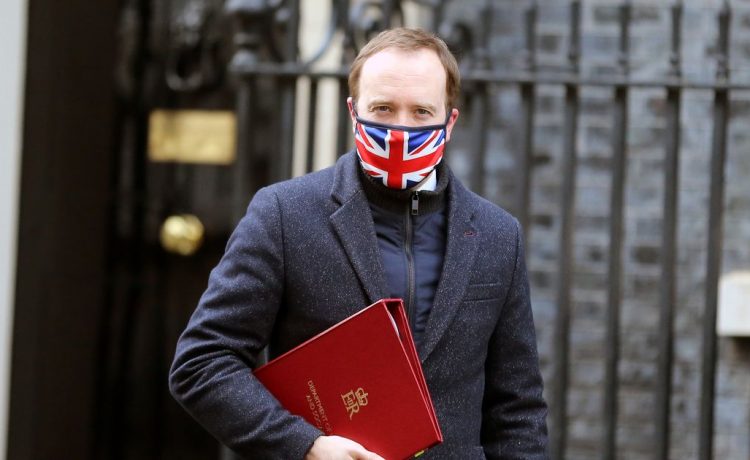 It comes as the Health Secretary is under pressure to claw back taxpayers’ cash from firms who provided substandard PPE.

The High Court rapped the Health Secretary for unlawfully failing to publish contracts within 30 days in a “substantial number of cases.”

A defiant Mr Hancock said today that he would breach the law again if needed, claiming the documents were on average only a fortnight late.

But in a letter to Government lawyers, the Good Law Project revealed the Health Secretary’s estimate that contracts took an average of 47 days to be published did not include contracts which had still not been released.

They said that once unpublished contracts were included the figure skyrocketed to 78 days by November – almost three times the legal limit.

In a letter to the Government Law Department, lawyers Deighton Pierce Glynn, who represent the Good Law Project said they were concerned Mr Hancock was “denigrating” the High Court decision.

They wrote: “We are extremely concerned that your client’s public statement seeks to minimise the significance of the breach of obligations which the Court has found and to denigrate the ruling of the Court in finding that the Defendant had acted unlawfully.”

Yesterday morning, Mr Hancock said: “We accepted in full that these things were published a fortnight late. That isn’t in dispute. We argued the public interest defence – it’s in the national interest that we did what we did.”

And Mr Hancock argued over the weekend it was “right” for his team to concentrate on buying PPE rather than filling in the transparency paperwork.

He also denied there had been any “national shortage” of PPE in the early days of the pandemic.

But Labour ’s Shadow Health Secretary Jonathan Ashworth hit back, saying: “The National Audit Office said there was a national shortage of PPE.

“Hundreds of NHS staff died, nurses resorted to using bin bags. His response was to hand out contracts to his pub landlord who Whatsapped him.

“He bought 25 million masks from a pest control firm that can’t be used in the NHS that cost £59 million.

“A hedge fund in Mauritius was handed £252 million but again the face masks supplied couldn’t be used, and a jeweller in Florida was paid £70 million for gowns that couldn’t be used.

“Matt Hancock should apologise and commit to recovering taxpayers’ money from companies who provided this duff PPE.”