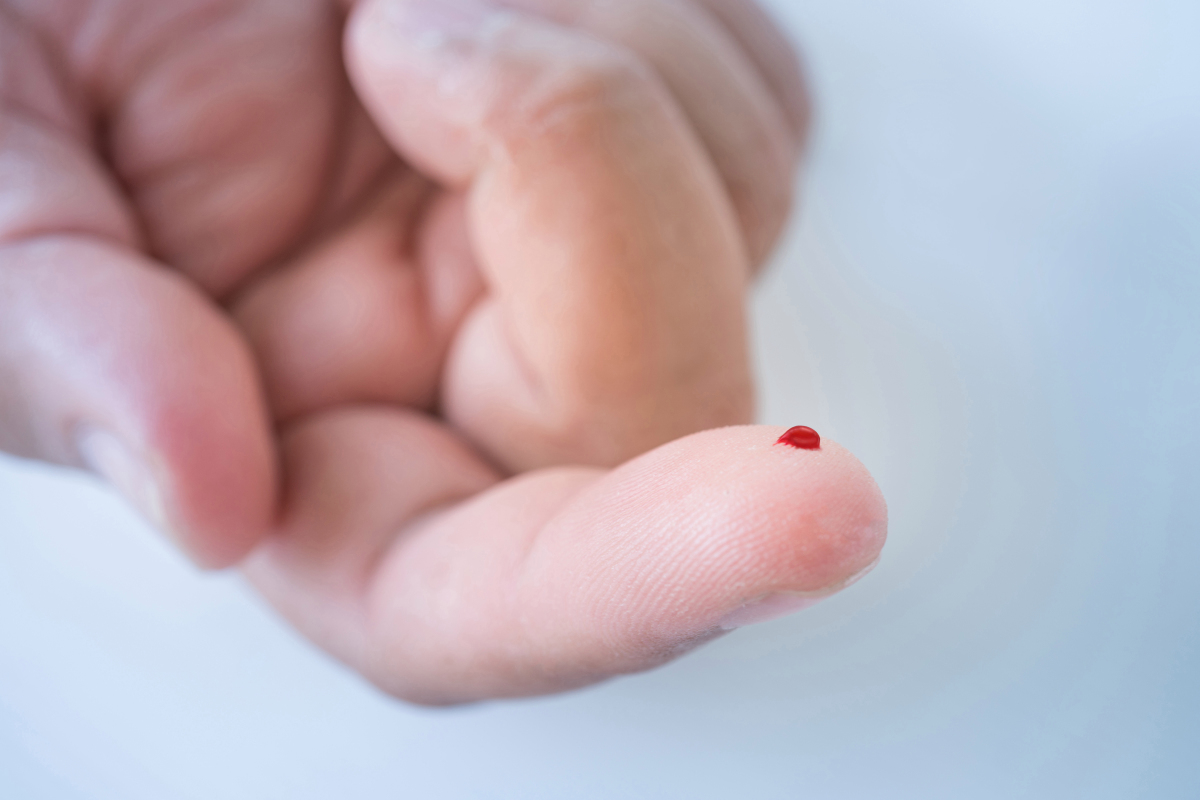 MATT Hancock today admitted that the Government still doesn’t have a reliable antibody kit it can use – despite promising to ramp up testing by the end of the month.

The Health Secretary said last night that a crucial part of getting the UK back to work again would be to use immunity certificates or wristbands which could be worn if people had had the bug.

A finger prick test will be able to tell you if you’ve had coronavirus in future, the Government hopesCredit: Getty – Contributor

A finger prick blood test can be done at home in just 20 minutes, but Mr Hancock has not yet found one that actually works, so they can’t be used as part of the goal to get to 100,000.

Last night he said that several of the antibody kits had failed accuracy tests – with three in four positive results being missed.

He told BBC Radio 4 this morning: “I think that the antibody test, the blood test, at the moment we haven’t got a reliable home test.

He refused to sanction any which don’t work well enough, saying it would put more people in harms way if they thought they were safe but turned out to be at risk.

Instead he said he was not factoring in ANY antibody tests into the 100,000 target.

“We have already 3,500 a week of antibody tests at Porton Down and they are the top quality, the best test in the world. We are using those for research purposes to understand how much of the population has had coronavirus.”

That means it could be months before the Government find a suitable antibody test that works and can be rolled out, despite health experts saying it could be on the market in days.

Mr Hancock insisted the first priority for tests would be sick patients in hospitals.

After that, critical care workers, and other NHS workers would be tested.

Then  social care, prisons, and the police will get them.

Only after that will they go out to the general population.

The tests could help lift lockdown measures if people are shown to be immune after they’ve had the virus.

Mr Hancock said earlier it was highly likely he would be immune after catching it, but more work needed to be done to confirm this.

However, the Health Secretary repeatedly dodged committing to whether Britain can actually reach his target of 100,000 tests by the end of April.

He would only say it was a “goal” and he “has a plan” to get there.

Ministers have been under fire for days for woeful numbers of testing – which is far below that of other countries.

READ  Britain has left the EU – but what happens now?

The Government has promised to ramp it up with a five point plan for testing everyone who needs it.

However, The Sun revealed today that some tests are being sent as far as Germany to be processed before being shipped back here.

Fears rubbish could pile up after councils slash collections during lockdown

Who is Matt Hancock’s wife Martha and how many children do they have?

This morning he said the lockdown would be in place for a number of weeks yet, and said Britain would be reaching the peak “sooner than expected” because of the tough measures put in place telling everyone to stay home.

Mr Hancock said coronavirus felt like there was “glass in my throat” and stressed that he had a cough too.

He’s managed to lose half a stone from being unable to eat or drink, as well.