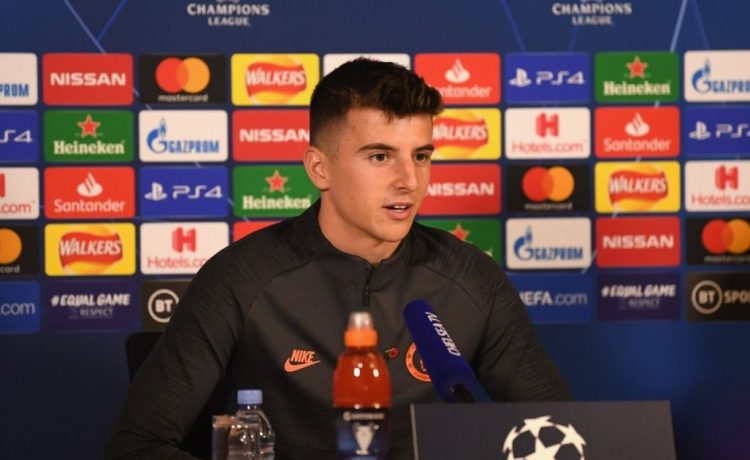 Mason Mount has admitted he exchanged messages with best friend Declan Rice after the two enjoyed a “surreal” night on England duty.

Rice and Mount have been close friends since the age of eight, as both players started their football journey in Chelsea’s academy.

Chelsea have been a long-term admirer of Rice, with recent reports suggesting he will be the Blues’ top target in the January window.

Frank Lampard was reportedly keen to complete a deal in the summer, but were unable to match the Hammers’ valuation.

Rice has enjoyed a fine start for the season in east London and capped his form with a goal for England in the win over Iceland.

Mount also netted in the 4-0 win at Wembley, with the Chelsea man sending him a message after the game.

He told BT Sport: “The last game, where we both scored, it was a very surreal moment.

“I just messaged him after the game when we were in the car, saying: ‘I literally can’t believe what has just happened. We’ve both scored for England’.

“We’ve both gone through the journey in our separate ways, we’ve met up now and we’re playing for England. It’s crazy how these things happen.”

With the transfer window set to re-open in just over a month, David Moyes will be desperate to hold onto his most prized asset.

But former Manchester United defender Patrice Evra believes West Ham are resigned to the fact they will have to sell at some point.

Can West Ham keep hold of Declan Rice in the upcoming transfer window? Have your say below.

“Moyes has given him the captaincy, so for me, it symbols the future of West Ham. It’s not easy to put Mark Noble on the bench,” he said on Sky Sports.

“They know they are going to lose him, because many big clubs are interested in Declan, but right now, he’s the man of West Ham. I’m not surprised.

“I knew this player would never allow his head to get bigger because he’s so focused and so humble, and you can see him smiling – he’s happy, what a joy.”