Martin Scorsese: ‘The Irishman’ Won’t Work as a TV Series For This Key Reason

After lots of time spent waiting, Martin Scorsese‘s The Irishman has finally arrived in theaters. Starring Robert De Niro, Joe Pesci, and Al Pacino, The Irishman tells the story of Frank Sheeran, a real person who was tied to the Bufalino crime family and Jimmy Hoffa in the mid- to late-20th century. Through Scorsese’s lens, The Irishman takes three-and-a-half hours to tell the story of Sheeran’s life and his encounters with organized crime; for some, that runtime can feel daunting. But, as Scorsese pointed out in a recent interview, there’s a good reason for The Irishman not being turned into a TV series in light of the long runtime.

Scorsese agrees with us here at Collider that The Irishman should be viewed in one sitting. Speaking with Entertainment Weekly, the director explained why he never even thought of turning this story (which is adapted from Charles Brandt‘s non-fiction book I Heard You Paint Houses by screenwriter Steve Zaillian) into a TV series. As you might expect, this filmmaking legend has very legitimate and logical reasons for wanting to keep The Irishman as a film.

“You could say, ‘This is a long story, you can play it out over two seasons’ — I saw somebody mention that. Absolutely no. I’ve never even thought of it. Because the point of this picture is the accumulation of detail. It’s an accumulated cumulative effect by the end of the movie — which means you get to see from beginning to end [in one sitting] if you’re so inclined. A series is great, it’s wonderful, you can develop character and plot lines and worlds are recreated. But this wasn’t right for that.”

Scorsese’s explanation makes total sense when viewed from this angle. I have seen The Irishman twice since it dropped on Netflix and can confirm that while the long runtime is felt in certain spots, it’s not so noticeable as to be a deterrent from watching. some have offered up ways to chop up The Irishman into “episodes” to make it easier for busy folks and parents to watch, including entertainment journalist Alexander Dunerfors, who tweeted about doing exactly this and gained a lot of attention for it earlier this week. But the movie is so much about the focus on a life and a person’s evolution and, because of what they’ve been through, their development of certain hopes, fears, and more. It’s necessary to watch that evolution in one sitting for maximum impact. Seriously, listen to Scorsese and just carve out the time. It’s worth it.

The Irishman is currently available to stream on Netflix. Have you see The Irishman but still have questions? Then check out our ending explainer and our look at what really happened to Jimmy Hoffa. 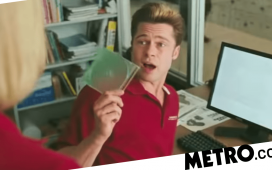 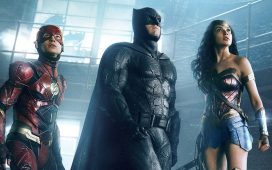