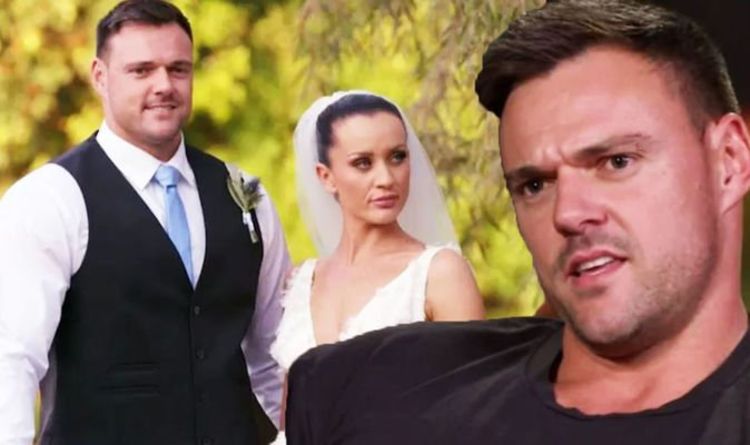 The stripped turned entrepreneur has revealed in an exclusive chat to Express.co.uk that after his wedding guests didn’t take to his new bride, they attempted to take him home to his native Perth. The Married At First Sight Australia season 6 star and Ines’ disastrous marriage lasted just three weeks on the show and ended following cheating allegations involving tradie Sam Ball.

Speaking about his loved ones’ reaction to his new spouse, Bronson said they wanted him to ditch her after just a matter of hours.

He said: “At the wedding I had my father and my friends try to drag me away on the bus and put me on a plane to take me home.”

Bronson claimed that his family didn’t want him staying with the legal assistant, after meeting her at their nuptials.

He continued: “She was actually really not nice to my family at all.

Sadly for Bronson, out of his immediate family only his father and sister attended his wedding.

When he was 19 his brother Sasha, 23, was murdered by a gang and five months later his mother Sancha, 52, died while undergoing surgery.

However, Bronson has since found love again with surgeon Hayley Wallis and disclosed that an engagement could soon be on the cards.

Speaking about his first marriage, Bronson said: “My biggest regret – my only regret – [is that] I dug myself a hole by being on the show and marrying Ines.

“That was my fault and I take full responsibility for doing that.”

Bronson and Ines’ marriage started to fall apart after she embarked on an affair with fellow contestant Elizabeth Sobinhoff’s husband, Sam, 28.

Unhappy with their respective partners, the pair started meeting behind their spouses’ backs, before they all opted to leave at a commitment ceremony.

Express.co.uk has reached out to Ines Basic for comment.