Maroon 5 bassist Michael ‘Mickey’ Madden was arrested in Los Angeles on Saturday June 27 after an allegation of domestic violence.

Los Angeles Police Department confirmed to Page Six that the musician was charged with a willful infliction of “a traumatic injury on a spouse or cohabitant”, which is a felony charge in California.

Madden, 41, resides in Los Angeles and is not married, and the identity of the alleged victim is not yet clear. The bassist’s bail was reportedly posted at US$50,000 and he was released the same afternoon. He is scheduled to appear in court on September 29.

A spokesperson for Maroon 5 passed comment on behalf of the band to Page Six, saying, “We are deeply devastated by this disappointing news. As we learn more, we are looking at this very seriously. For now, we are allowing all of the individuals involved the space to work things through.”

In 2016, Madden was arrested on possession charges after allegedly passing James ‘Bingo’ Gubelmann – an ex-boyfriend of Ivanka Trump – a vial of cocaine outside a bar in New York’s East Village precinct.

In court, Madden accepted a conditional dismissal offer on those charges in exchange for one day of community service.

READ  Watch as Lizzo and Missy Elliott take it back to the golden era of hip-hop videos with 'Tempo'
Share on FacebookShare on TwitterShare on PinterestShare on Reddit
newsgrooveJuly 1, 2020 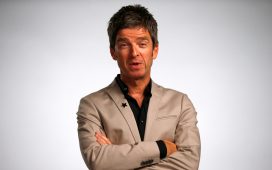