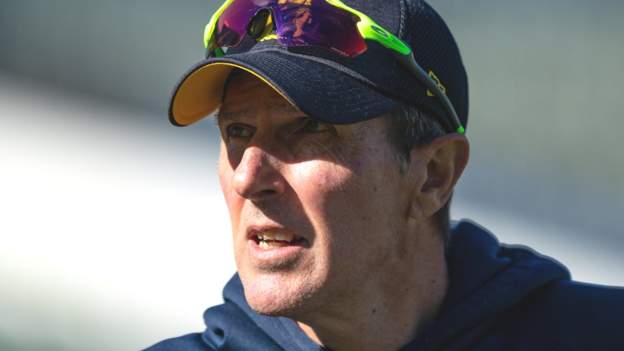 Warwickshire boss Mark Robinson says he would be “gutted” if this season’s One-Day Cup does not go ahead – and has begged the England & Wales Cricket Board to protect its future.

The competition has been slightly downgraded for 2021, lost its Lord’s final and is due to start next week on the same day as The Hundred.

There is now speculation it is even under threat of being scrapped.

But Robinson told BBC WM: “I’d be gutted if it’s called off.”

Speaking after his weakened Bears side drew at Worcester to secure second spot in Group Two of the County Championship, booking a place in Division One for the season-ending climax, Robinson was firm in his belief the One-Cup should start on Thursday, 22 July as planned.

“I’m hoping the ECB will do everything they can to make sure this competition goes ahead,” added Robinson. “Cricket needs it and county cricket needs it.”

Robinson is currently missing a lot of key players. Aside from absent England pair Chris Woakes and Danny Briggs, he has lost two more injured internationals from his bowling attack, Olly Stone and Tim Bresnan, on top of the loss of Oliver Hannon-Dalby and Henry Brookes.

Warwickshire’s current injury crisis has even forced them to call off next Tuesday’s friendly with Cheshire at Chester Boughton Hall, one of the games reintroduced to the fixture list following an ECB directive to award all the National Counties teams (formerly known as minor counties) a fixture against their first-class neighbours.

But, ahead of an expected final decision on the One Day Cup’s fate on Thursday, Robinson does not want to see it scrapped.

“It’s an opportunity for myself as a coach to get to know and see some of the other players in our squad,” he added.

“And we have some players from university teams looking to impress in front of crowds and earn full-time contracts.

“More to the point, we love playing cricket and the members will want to see some cricket too.”

The 50-over domestic competition was postponed last season due to the coronavirus pandemic preventing any county cricket being played until August.

Somerset won the 2019 One-Day Cup beating Hampshire in a Lord’s final, but this year’s final is scheduled to be held at Trent Bridge on Thursday 19 August.