Clattenburg has recounted the aftermath of Manchester United’s 1-1 draw against Stoke City in 2017, the match the ex-Premier League referee says made him quit officiating in England. 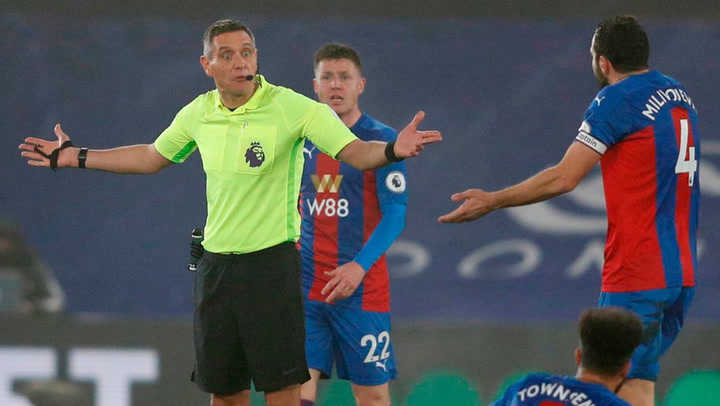 Mark Clattenburg has recalled throwing a boot at Jose Mourinho during a fiery dressing room row.

The former Premier League official took charge of Manchester United ‘s 1-1 draw at Stoke City in January 2017, when a late Wayne Rooney equaliser salvaged a point for Mourinho’s side.

It was the goal that made Rooney the Red Devils’ all-time top goalscorer as he overtook the legendary Bobby Charlton, but it also marked the match that made Clattenburg want to quit referring in English football.

The County Durham-born official had spent almost 13 years in the Premier League, having took charge of both the European Championship final and FA Cup final the previous summer.

Sadly for Clattenburg, though, his rage-filled dispute with the ex-United boss meant his time ended on a sour note.

For his Daily Mail column, he wrote an extract from his upcoming autobiography, Whistle Blower: “It was not long after full-time when there was a knock at my dressing room door and United manager Jose Mourinho came in. I was just taking my boots off.

Clattenburg has various disputes with Mourinho
(

Mourinho believed Stoke defender Ryan Shawcross had handed the ball inside his own penalty area but Clattenburg believed he had made the right call.

“I picked up my boot and launched it against the wall next to him,” he revealed.

Clattenburg turned the tables and told the Portuguese boss of his own feeling.

“Mourinho froze. I lost it with him. I did not give a s*** any more. He did not know what to say. I was so fed up with all of the ridiculous mind games,” he stated.

“I drove home while going over and over the Shawcross incident. I watched it on Match of the Day and I was right, the ball hit him flush on the chest. So why was Mourinho playing funny buggers with me?

“I went to bed that night and I knew I’d had enough. ‘You know what,’ I thought, ‘I can’t be bothered with idiots like that any more.’”

Ahead of his book’s release, Clattenburg has been doing the rounds – including saying that it could be beneficial for referees to speak to the media – and elaborated on the similar stress he endured that led to him quitting.

As well as advocating for better supporter for officials’ mental health, Clattenburg revealed how he coped.

“I think in the past, it was [seen as] a sign of weakness but now more and more people are speaking out. Therefore, football is supporting not just the players, but the referees,” he recently explained via Sky Sports.

“When I was coming through the system, I had to use people – friendships. They used to help me deal with issues that I used to have – dealing with abuse, issues in your private life.

“It’s always difficult because you’re in the public eye and you have a responsibility, but, either way, it’s important that people go out and get the help they need.”