“So we spent a lot of time developing the script and making everyone feel confident in the material. Then once everyone was on board, some other things started coming out to help them feel like, ‘Oh yeah, this could work.’

“After that it started to move really fast, but in the initial stages I think what I was pitching sounded crazy.”

It turns out the real reason this movie was made was, well, Robbie herself, as she came up with the premise, pitched it, and pursued it for a long while to force the film’s release.

Robbie is a producer on the film, directed by Cathy Yan, and was instrumental in the film going into development. 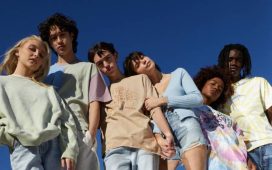