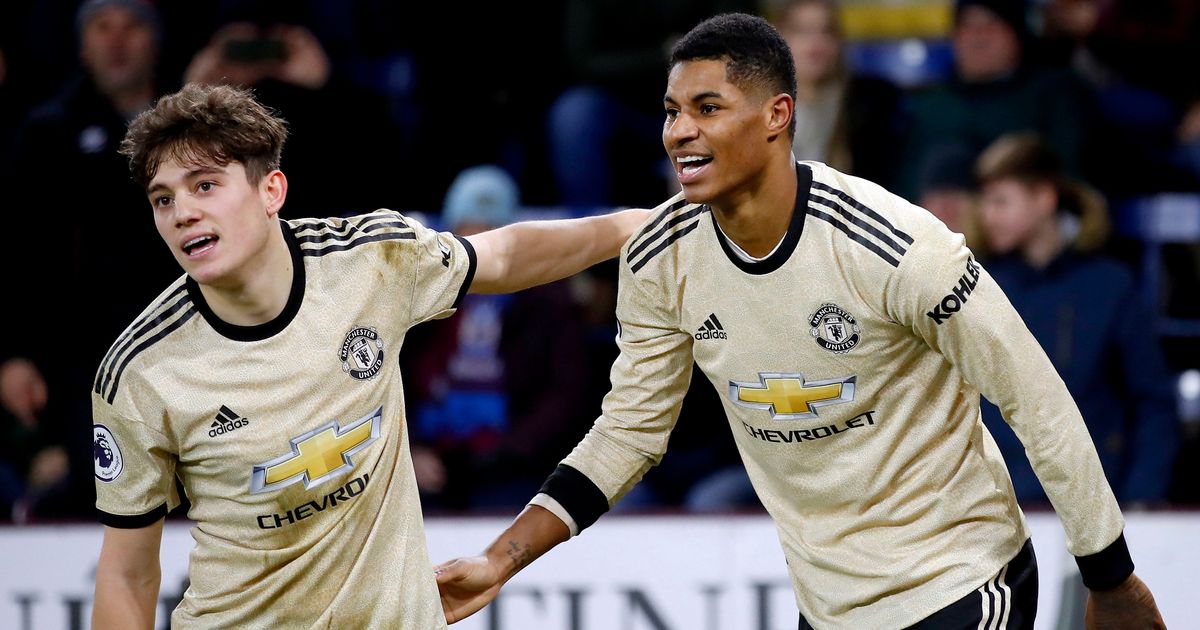 Anthony Martial put the Red Devils ahead just before half-time at Turf Moor before Rashford sealed victory in injury time to send Ole Gunnar Solskjaer’s side fifth in the Premier League.

The England international’s goal came after he was played in behind by James, who burst forward from his own half in the final moments of a game which saw him receive harsh treatment from Sean Dyche’s men.

The Wales international was fouled five times during the match, more than any other player on the pitch, but Rashford hailed the 22-year-old’s bravery to stick to his game and keep going.

Rashford told MUTV : “We speak about character. That’s character for me.

“He’s getting knocked down every time he’s getting the ball for 95 minutes, but he’s still getting up and running with the ball and making passes.

“He’s been a threat for us every time he’s been on the pitch. It takes a lot of character to do what he does on a regular basis and he’s been class for us.”

Rashford also was full of praise for strike partner Martial after the Frenchman continued his strong run of form.

Martial now has 10 goals in all competitions after also finding the net twice against Newcastle two days earlier.

“He’s brilliant when he’s one-against-one with the keeper,” Rashford said. “It’s down to us to give him more of those opportunities.

“As a number nine you thrive off those opportunities and we know that when he is in front of goal, when he’s calm and confident like he is right now, it’s only going one way.

“So, we just need to keep feeding him, let him keep scoring goals, keep the confidence high and we should be all right going forward.”