Marcus Rashford is confident of returning to action for Manchester United before the end of the season. The United and England striker is facing a lengthy lay-off after suffering a stress fracture of the back in last week’s FA Cup third-round replay against Wolves.

The timeframe for the 22-year-old’s recovery has been unclear, with his hopes of playing for England at Euro 2020 potentially in doubt, but he hopes to return in good time.

Responding to a message of support, Rashford tweeted: “Thanks guys, I’ll be back before the season ends to hopefully help my team claim top 4.”

United have been unclear how long Rashford will be out with manager Ole Gunnar Solskjær initially speaking only of a minimum of six weeks. He revised that at a press conference on Tuesday, admitting Rashford would be “out for a few months” but still no firm timeframe has been made public.

Rashford suffered the injury last Wednesday after coming on as a substitute against Wolves. He played for just 16 minutes before being taken off. He had suffered back pain in previous weeks but Solskjaer insisted the latest problem was a fresh one. Rashford missed last Sunday’s defeat at Liverpool but prior to that had started every Premier League game this season.

He has scored 19 goals in all competitions this term and his absence will be a big blow as the team, currently fifth, look to claim a top-four place. 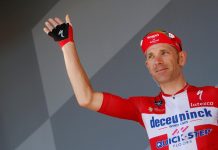 Dane Morkov cleared to race in Berlin after coronavirus scare 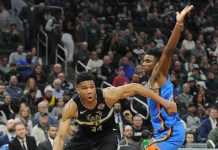